One Of Golf’s Greats Has Been Forced To Retire, Henrik Stenson’s Famous 3-Wood Is No Longer With Us 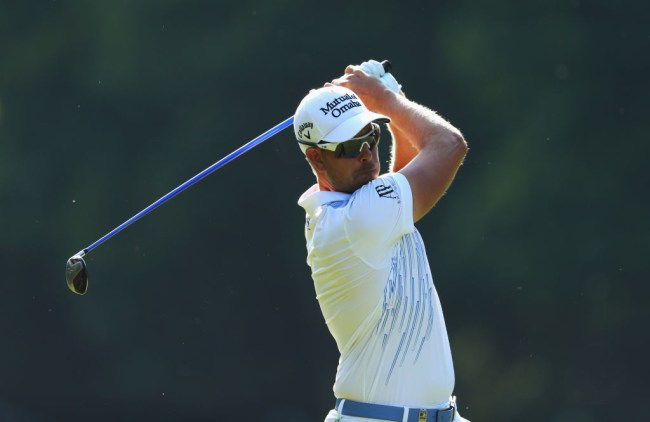 Henrik Stenson won the FedEx Cup in 2013, The Open in 2016 and has made over $31 million throughout his career but he may be best known for a certain club in his bag, his trusty old 3-wood.

In heartbreaking news, the game’s most famous 3-wood is no longer with us however as Stenson has made a switch following the face of the club caving in.

Stenson rarely hits driver off of the tee thanks to being able to pound his 3-wood into the middle of the fairway far more often than not.

He had used a Callaway Diablo Octane Tour since 2011 virtually saying screw you new technology, this bad boy will do. According to PGATour.com, Stenson even switched up to backups of the same club both in 2016 and 2017, that’s how much the man loved this particular club. It probably helped given all of his success with the thing, too.

He once was asked that if he had to choose only one thing between his wife and his 3-wood and he said that the answer was an easy one, he’d go with the 3-wood.

Before this year’s BMW Championship he noticed that the face of the club was caved in and instead of finding a backup version of the same club he finally jumped the gun and went with a new 3-wood, this time Callaway’s Epic Flash Sub Zero.

Interestingly enough he said that he’s still testing 3-woods, but has put in a blue shaft like his old one so the new-look seems to be doing fine, at least for the moment.

Stenson and his new 3-wood are the favorite at this week’s Houston Open.