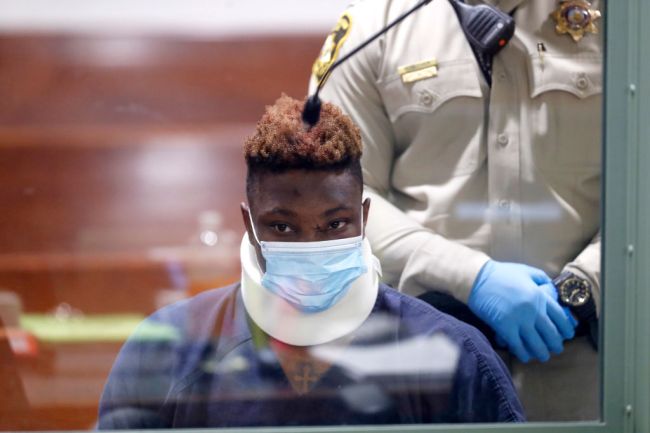 Not only is Henry Ruggs’ NFL career over, but he’s facing considerable jail time following his deadly DUI crash.

According to ESPN, prosecutors have decided to charge the former Raiders wide receiver with five felony counts after he crashed into a car while traveling at a high rate of speed, killing a 23-year-old woman and her dog inside while also leaving his girlfriend seriously injured.

Prosecutors now have decided to charge Henry Ruggs III with two additional felony counts of DUI and reckless driving due to the injuries suffered by his passenger, girlfriend Kiara Je'nai Kilgo-Washington, who also goes by Rudy Washington.https://t.co/fvXzCCINaU

Ruggs, 22, initially faced being charged with felony driving under the influence resulting in death and reckless driving after prosecutors said he was driving 156 mph and had a blood-alcohol level more than twice the legal limit in the state of Nevada.

Prosecutors now have decided to charge Ruggs with additional felony counts of DUI and reckless driving due to the injuries suffered by his passenger, girlfriend Kiara Je’nai Kilgo-Washington, who also goes by Rudy Washington. The misdemeanor charge is possession of a firearm while under the influence, stemming from a loaded gun found in Ruggs’ car at the scene.

If convicted of all charges, Ruggs, who is currently out on $150k bail, faces up to 46 years in prison.

Henry Ruggs III was also charged Friday with possessing a gun under the influence of alcohol.
That's in addition to DUI resulting in death, DUI resulting in substantial bodily harm and two reckless driving charges. The former Raider is now facing up to 46 years in prison.