High School Football Teams Replaced The Coin Toss With Rock, Paper, Scissors In A Change We Can Get Behind 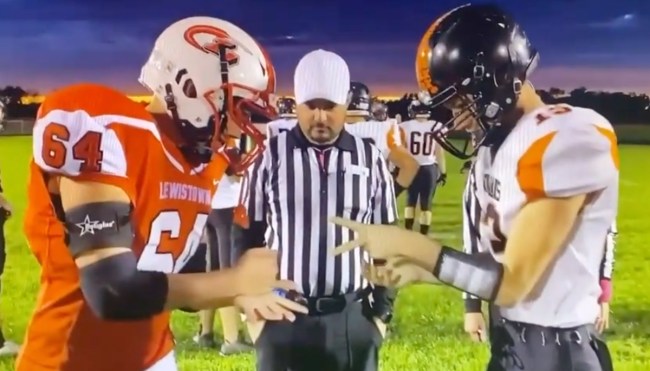 As someone who lacks the amount of sports knowledge you should possess to wager your hard-earned money on the result of a game, I normally stray away from placing bets on the outcome of contests.

With that said, there’s no athletic showdown I looked forward to on an annual basis more than the Super Bowl, as it’s the one day a year where I go all-in on the variety of prop bets on the board that have nothing to do with the action on the field.

In the week leading up to The Big Game, I’ll spend more time than I care to admit analyzing the length of the anthem singer’s previous performances, researching Gatorade color trends, and breaking down the Spotify data of the musical act at the halftime show. Of course, no slate of prop bets is complete without some money on the coin toss, which is really the only wager that comes down to blind luck.

However, I cannot give a more ringing endorsement to a great tweak to that pregame tradition that was introduced ahead of a high school football game in Illinois last week. On Friday, Elmwood-Brimfield faced off against Lewistown, and for reasons that remain unclear, the referee traditionally tasked with asking one side to pick heads or tails oversaw a best-of-three game of rock, paper, scissors that ultimately ended with Elmwood-Brimfield getting to pick what to do on the opening kickoff.

This nice little twist not only adds a new level of intrigue but also replaces a game of chance with one where players can harness a number of tried-and-true strategies in the hopes of gaining an edge. As a result, this is a change I can get behind.