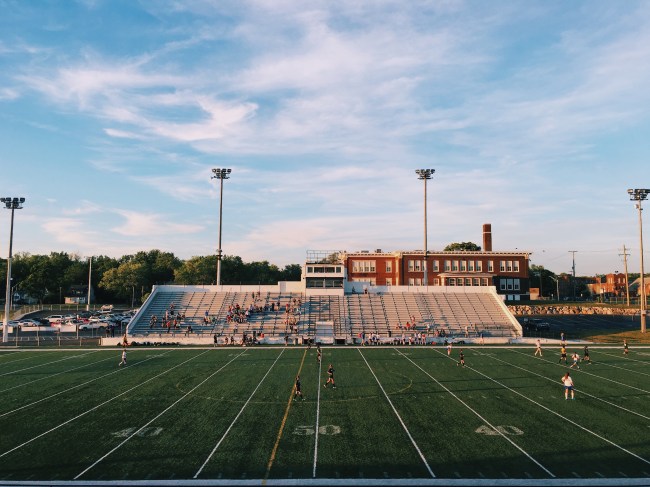 A video of a Hawaain high school football practice went viral this week depicting the brutal aspects of their practice sessions.

The video which was posted on Facebook shows players as young as 14-years-old running head first at each other in full speed.

Khon2 news spoke to a parent of one of the 14-year-old kids involved and he was clearly not happy with what was going on in practice.

Kyle Giron is a parent who says three of his children are on the football team.

One of his sons is seen in the video practicing a drill. He and another player appear to charge headfirst at each other from 20 yards away.

Giron says his son ended up getting injured.

“When you see stuff like that, as a coach, as a player, you think it either two things: He broke the collarbone, or exactly what happened, his shoulder popped out. It could’ve been worse. It could’ve been a neck injury, it could have been something worse. I’m glad it’s not. I’m very happy it’s just that. Just a very bad sprain. He’s recovering well now, he’s doing well.”

The school has forced the team to stop running the drills in question but it appears that none of the coaches were disciplined.

The concerns were brought to the school’s attention and were addressed immediately with their coaching staff. We have taken the necessary steps to ensure that their student athletes won’t be participating in these types of drills in the future. This includes educating and retraining coaches on appropriate practice and training strategies.”

It’s pretty shocking that anyone thought this drill was a good idea considering the concussion/CTE concerns with football right now.

More than 2.5 million high school students reported having a concussion in 2017, according to a youth health survey @CDCgov. We look at the numbers and ask experts to weigh in. https://t.co/zWxN6wziwU pic.twitter.com/2ubS6fZgvJ