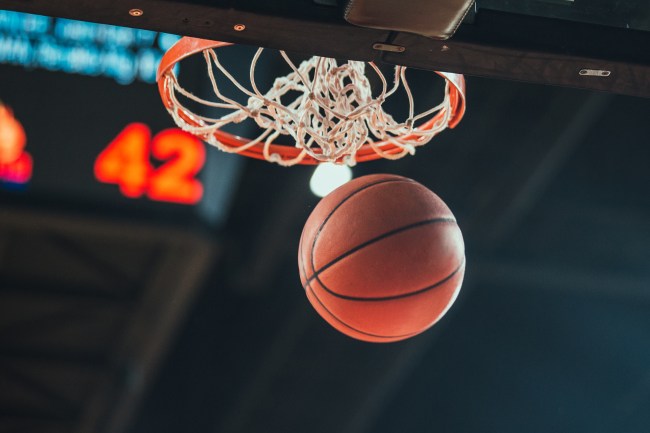 There was a whole lotta disrespecting going on after the 5A-Central Conference championship in Arkansas on Tuesday night.

Little Rock Hall secured a victory over Little Rock Parkview by a score of 57-43 on Parkview’s home court to become 5A-Central champs. Rather than simply shaking hands and heading to the locker room to celebrate, the team in orange stuck around to make a mockery of their opponents.

In the below clip, you’ll see that several Hall players attempted to bring a ladder onto the court to cut down one of the nets (again, opposing team’s gym) before being confronted by players from Parkview. Little Rock Police Department and Little Rock School District security officers stepped in to defuse the escalating tensions.

Hall senior Kevon Cooper then took a chair from the team’s bench, which he used to cut down the net after his teammate hijacked a broom and busted out a sweeping motion on center court.

It's what happens in the 501 … it's LRHall vs. LRParkview … it's a rivalry game … and it got hot AFTER the final horn … pic.twitter.com/CvpLF9yG9L

Little Rock Hall Coach Jon Coleman, who reportedly used the broom to show up his opponent during the final minute of the game, defend his team’s debauchery.

“It wasn’t a matter of trying to show anybody up. It was a matter of our kids working hard to clinch a conference championship,” Coleman said. “In the past, people have celebrated on other people’s courts. But our kids deserve this.”

Parkview Coach Al Flanigan, though, was not happy with Coleman.

“That’s petty,” Flanigan said. “That’s just like the coach, man. I would never in a million years do anything like that. I would never try to embarrass nobody. If I won the game, I’d just shake hands and go home. That’s what it’s all about.

“He ain’t got no respect for the game. But that’s alright. What goes around, comes around.”

Congrats to Little Rock Hall on winning an NBA Championship.