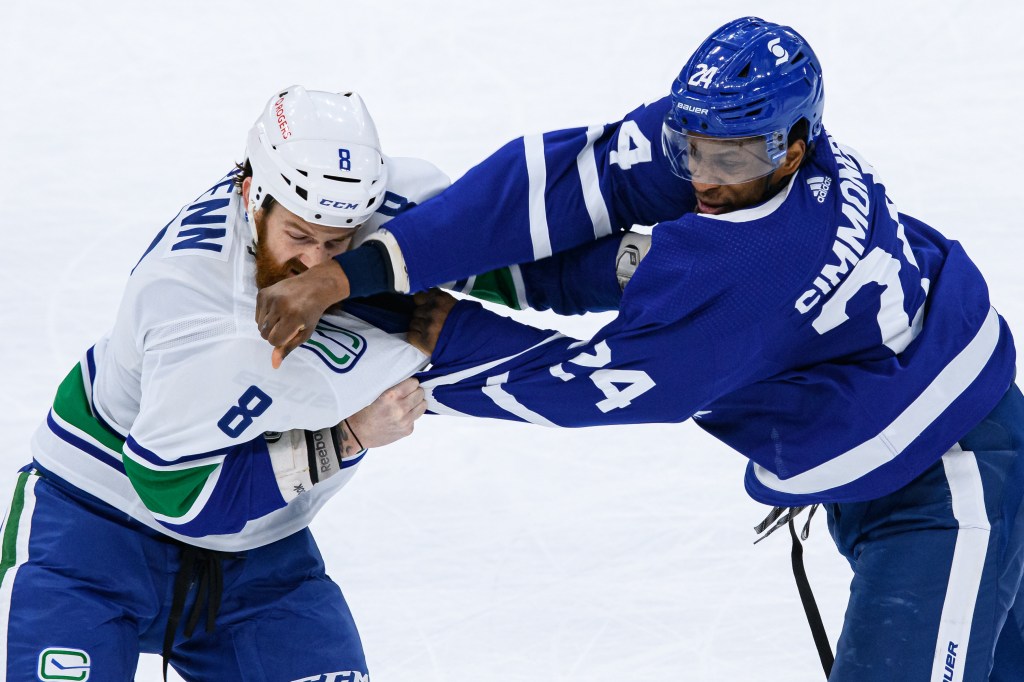 This NHL season has been a roller coaster so far. The Canadian teams seem to be cruising along perfectly fine without a ton of disruptions and postponements. Vancouver’s already played 14 games! Meanwhile, the Las Vegas Golden Knights and the Florida Panthers have each only played 7 games. My team, the reigning champs, have only played 8 games because 2 of their first 3 series were postponed. It’s been a weird one and it’ll surely continue to be an odd season along the way.

I haven’t watched a single ‘North’ division game yet this season. With the reorganized divisions, the North consists entirely of Canadian teams who aren’t allowed to cross the border and play with us (diseased) Americans. Toronto leads that division with 17 points (+8 GD). Montreal and Ottowa are close behind with 16 and 15 points, respectively. Vancouver’s just below the playoffs cutoff in 5th place with 12 points and a -7 goal differential.

Vancouver and Toronto met on Thursday night and the Maple Leafs blew out the Canucks. The Leafs threw 37 shots on goal for a 7-3 win while the Canucks apparently had trouble getting the puck on the net with only 19 SOG. Tempers were flaring in the 3rd period with the 7-3 scoreline. Toronto’s Wayne Train and Vancouver’s Jordie Benn dropped their gloves and this is definitely a ‘best hockey fight of 2021’ nominee because Simmonds completely tenderizes Benn as if the guy was pounding out veal for Veal Parmesan. He mercilessly lands punch after punch. You love to see it:

Wayne Simmonds beating the wheels off some guy, nothing new pic.twitter.com/gFGRT6z6YI

This is Wayne Train’s first season with Toronto and it’s lovely to see him already endearing himself to the fans.

My TB Lightning are in 1st place in the Central division (central?! in Florida??) with 13 points. They’re tied with Columbus who also has 13 points but who have already played 4 more games than the Lightning. I know we’re barely into the season but at this point, I’m already worried the Lightning are going to get steamrolled when they make the playoffs and start playing teams from the other divisions for the first time because the Central is so weak and the Lightning won’t be used to real competition this year.