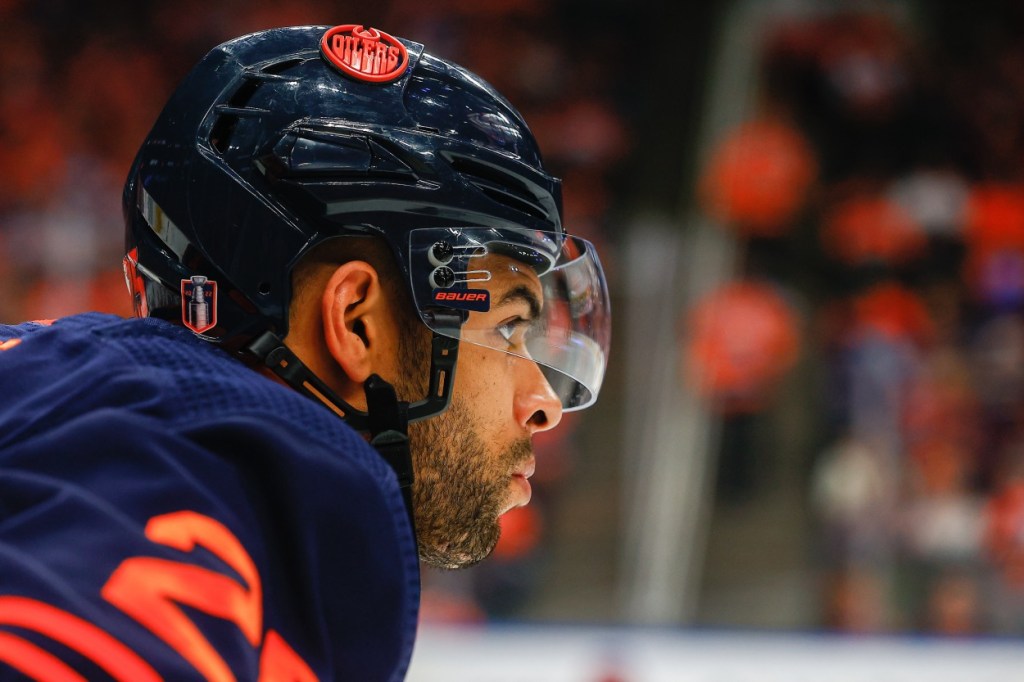 Edmonton Oilers defenseman Darnell Nurse will have a hearing on Wednesday with the NHL Department of Player Safety for a viciously brutal headbutt on LA’s Phillip Danault. The incident went largely unnoticed by the refs and didn’t result in a penalty during the game but replays reveal how violent the headbutt actually was.

Hockey Twitter has been on fire with chatter about the headbutt from Darnell Nurse for several reasons. First and foremost, it was a dirty play. And secondly, because Edmonton lost the game in overtime and LA now leads the series 3-2 and it’s possible that Nurse receives a game suspension in addition to a fine after his safety hearing.

Let’s check out the replay of the headbutt along with what the hockey world is saying about the vicious headbutt from Darnell Nurse.

Here is the clip for #Oilers Nurse head-butting #LAKings Danault.pic.twitter.com/uKUKmFLCmZ

The video cuts off just a fraction of a second too short. I feel like we need to see the full replay to get a sense of how much force was behind the headbutt. Here is another angle in slow motion:

No call on Nurse on the ice but this is a suspension no?!? @NHLPlayerSafety #Oilers #Kings pic.twitter.com/6fUvSHKunm

And here is another angle of the headbutt:

Darnell Nurse has a hearing with @NHLPlayerSafety for head-butting Phillip Danault pic.twitter.com/eHxgHuIzJC

Here’s what the Hockey world is saying about the headbutt…

I don’t see how the NHL doesn’t suspend Darnell Nurse for his blatant head butt of Phil Danault. But it’s the department of safety so I’ve given up on predictions of what might happen.

Edmonton is facing elimination against the LA Kings despite having 2 of the top 5 forwards in the NHL. They need every player on their squad to contribute but it sure feels like Darnell Nurse won’t be around for Game 6…

He literally used his head as a spear and tried to break Danaults face. If this isn’t a multi game suspension NHL is sending message loud and clear (broken orbital bones and face is ok guys)

Imagine convincing yourself he wasn’t trying to headbutt here:

What was he trying to do then?

And for any non-hockey fans out there, here’s a fun fact:

Donovan McNabb in the house to watch his nephew, Darnell Nurse, compete for the @EdmontonOilers 😎 pic.twitter.com/2vsjXETkUd

I had no idea that he was related to Donovan McNabb.