NHL Player Poll Reveals The Most Loved, Hated, And Feared Players In The Game And Who Has The Best Hair 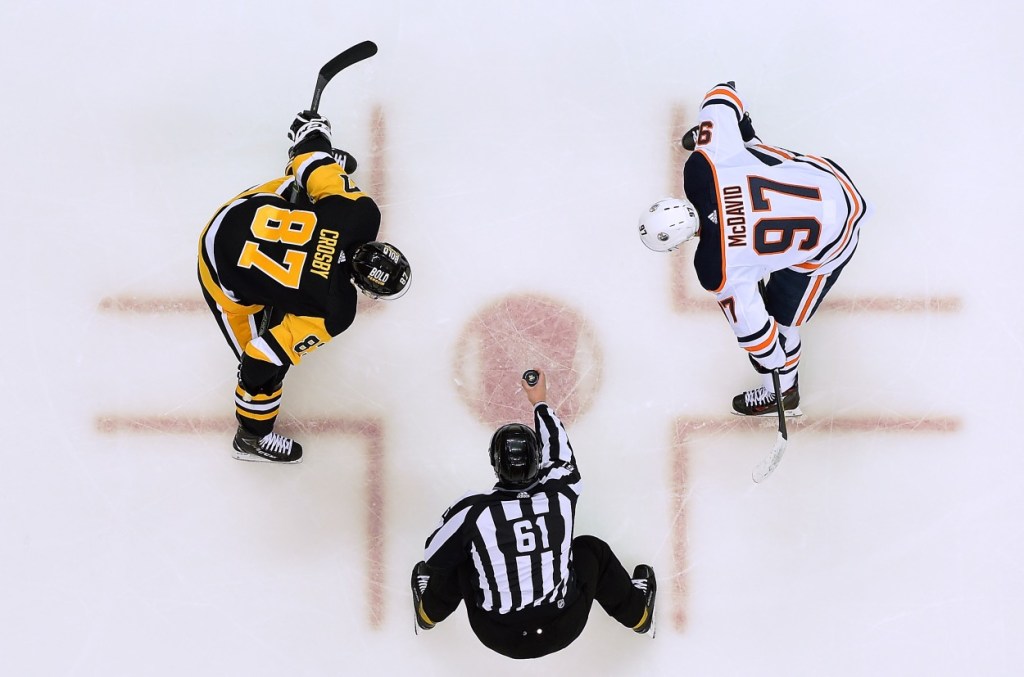 The NHL Player Poll is an annual look at how the players feel about each other and it’s the best insight we as fans have into the perceptions of these professional athletes. This is published every year by the NHLPA and it polls 500 NHL players on everything under the sun.

This year’s NHL Player Poll is for the 2021/22 season which is about to come to a close with the Stanle Cup Playoffs starting next week. It covers everything from who the players hate the most but want on their own team, whose shot they’d most want to emulate, the best role model, and what athlete they’d want to be for 24 hours other than themselves.

There are lots of results so I’ve included some tweets from the NHLPA’s 2021/22 NHL Player Poll announcement as well as some straight data. You can check it all out below. First up is the player nobody likes, aka the dirtiest player in the league. It should come as no surprise that his nickname is ‘the rat’…

NHL Player Poll Finds The Dirtiest Player In The League

Hate to play against him – but would love to have him on their team. @bmarch63 (@NHLBruins) has a special mix of skill and grit that players would rather line up beside than compete against. #NHLPAPlayerPoll pic.twitter.com/dGPb8j3FnM

That shouldn’t come as a shock to anyone. Brad Marchand and Tom Wilson are two of the most hated players in the NHL. They’re universally despised by the opposition.

The Most Clutch Goalie in the NHL

One game on the line?

There is only one Andrei Vasilevskiy – and the players voted the @TBLightning netminder as the one they would most want in net! #NHLPAPlayerPoll pic.twitter.com/c29W4Txvf4

Nothing shocking here. Andrei Vasilevskiy has won back-to-back Stanley Cups with the Tampa Bay Lightning and has been considered the best in the world by his peers in recent years even though he’s struggled a bit over the past few months with the Lightning.

Some of the sporting world’s greatest names make the cut of non-NHL athletes the players would most like to trade places with for a day, but legendary NFL star @TomBrady (@buccaneers) leads the pack. #NHLPAPlayerPoll pic.twitter.com/PzKWgfFlZZ

That seems like such a layup. Of COURSE the answer is Tom Brady. I think you could poll 500 random guys and ask them which athlete they’d most want to be and the answer would be Tom Brady no matter who you asked.

The Best Hair In Hockey

When it comes to hockey hair, the players think @CodyEakin50’s (@BuffaloSabres) flow is the best in the league. #NHLPAPlayerPoll pic.twitter.com/TT5nBNoAkK

Cody Eakin on the Buffalo Sabres has some magnificent lettuce. We might not get to appreciate it much as fans because he wears a helmet but the players are more in tune with what each other looks like as they get the close up look. William Karlsson was a close second with just 1% less of the total vote.

NHL Player Poll: Most Likely To Go Pro In Another Sport

Safe to say @jpav8 has made it in the NHL, but according to the #NHLPAPlayerPoll, the @DallasStars forward could have made it in the world of golf, too! pic.twitter.com/JXBXCIFVzP

Joe Pavelski has a +0.3 handicap. The average PGA Tour professional has a +5.4 handicap. Compare that to the average male golfer’s handicap of 16.1 and that’s a lot of strokes that Joe Pavelski is making up on the course.

The City of Sin

Life on the road can interfere with routine and it’s always hard to be away from family – but according to the players, an off-day in Las Vegas (@GoldenKnights) isn’t so bad. #NHLPAPlayerPoll pic.twitter.com/R1vPDD7apS

I’m not at all shocked by the top two here. Las Vegas and NYC. I’m a bit surprised that Fort Lauderdale is above Los Angeles though but if you factor in how much additional travel time is required for road teams playing in LA it might stand to reason they’re just exhausted when they’re in the City of Angels.

Stick taps to @CentreBell (@CanadiensMTL), which continued its reputation for having the best ice to play on with its fourth time earning the nod in the #NHLPAPlayerPoll. pic.twitter.com/tRidPripXz

I can’t speak to the quality of the city but I’ve been to the Bell Centre for a concert and it was unremarkable and very forgettable. I’d love to know what it is about the ice in their arena that makes it stand out so much that nearly 40% of NHL players called it the best.

The Most Complete Player In The NHL

If his trophy case wasn’t evidence enough of his game, Sidney Crosby (@penguins) earned top spot in the #NHLPAPlayerPoll as the most complete player. pic.twitter.com/yB1BvP7K1F

The Pittsburgh Penguins grabbed the 3rd spot in the Metropolitan Division to make the Stanley Cup Playoffs (again). Their success is due in huge part to another great season from Sidney Crosby who has 84 points (31 g, 53 a) and a +/- of 19 in 68 games. He has played at an elite level since he entered the league and it’s remarkable to see him maintain it over the years.

Best Passer In The NHL

He reached the 50-goal mark again this season, but he knows when to pass the puck, too.

Leon Draisaitl (@EdmontonOilers) moved into first in this season’s #NHLPAPlayerPoll as the game’s best passer! pic.twitter.com/mNqOqGFnnn

NHL Player Poll: Player Everyone Wants The Most

With five 100-point seasons and extraordinary abilities that few opponents enjoy facing, you know why @cmcdavid97 (@EdmontonOilers) was voted the skater NHLPA members would most want on their side with one game on the line. #NHLPAPlayerPoll pic.twitter.com/W5J8EYLmW8

A master of cradling the puck, @88PKane (@NHLBlackhawks) has been named the league's best stick-handler in consecutive seasons by the players! #NHLPAPlayerPoll pic.twitter.com/xutPdi4rkJ

They didn’t make a tweet for this one but a whopping 53.1% of players say they wish they could shoot like Alex Ovechkin and 24% said Auston Matthews. That’s insane to me that over half of the players want Ovi’s shot. It’s definitely a testament to how great he is.

You can see all of the results from the 2021/22 NHL Player Poll right here if you feel like you missed anything and want to keep reading!