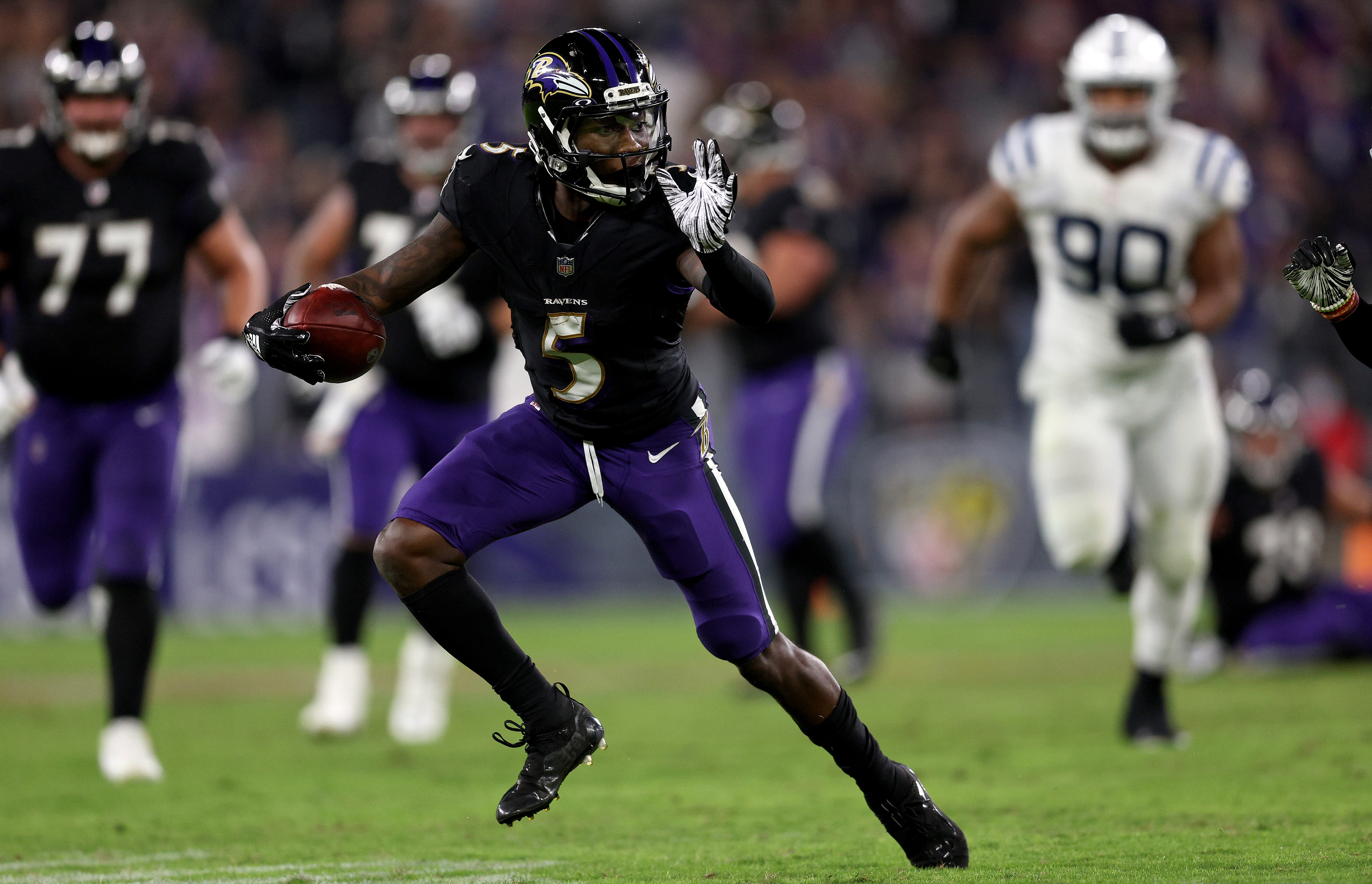 Marquise “Hollywood” Brown has opened up about his draft-night trade.

On Thursday night, Brown was traded to the Arizona Cardinals in a blockbuster trade that appeared to shock QB Lamar Jackson.

The @AZCardinals acquire Marquise Brown and the No. 100 overall pick from the @Ravens for the No. 23 overall pick. (by @pizzahut) pic.twitter.com/PEDFQQIKXh

Brown spoke I Am Athlete Tonight and revealed that he had quietly requested a trade in the offseason because he was not happy with the Ravens’ offensive system. Brown also reiterated that he had spoken to Lamar several times throughout the years about wanting out of Baltimore.

.@Primetime_jet confirms to @IAATonight that he indeed requested a trade away from the #Ravens and he talked to @Lj_era8 multiple times about it. After his 2nd season and during his 3rd season.

Says he kept tings in-house and the issue was about the offensive system, not his QB. pic.twitter.com/wwWVLhKDHR

“Yeah, I asked him for a trade after the season. It was something about my happiness, I talked to Lamar (Jackson) about it after my second year, after my third year leading up to the season he wasn’t playing, I let him know again, I can’t do it. It’s not really on Lamar, I love Lamar, it was just the system wasn’t for me personally, I love all my teammates, I love all the guys, but it was something I had to think about for myself”

It’s unclear why Jackson acted surprised about the trade, but he clearly wasn’t happy to see one of his favorite receivers get traded away/