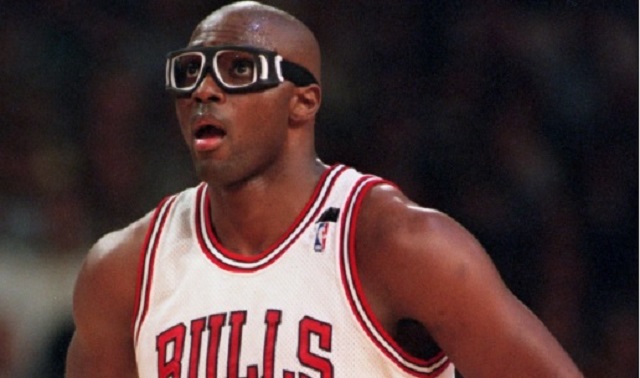 Horace Grant isn’t happy with his former superstar teammate Michael Jordan after the airing of ESPN’s The Last Dance.

During TLD, Jordan accused Grant of being the source for Sam Smith’s infamous “Jordan Rules” book that painted MJ in a bad light.

Jordan: I didn’t contribute to that, that was Horace, he was telling everything that happened within the group.

Today, Grant went on ESPN 1000’s Kap & Company in Chicago and not only denied the allegations but fired shots at Jordan.

Michael Jordan said in the Last Dance documentary that Horace Grant was the leak in the “Jordan Rules” book.

Horace went on ESPN 1000’s Kap and Company and had this to say about it.

A downright completely lie,lie, lie. As I stated if MJ had a grudge with me let’s talk about it or we can settle it another way. Yet and still he goes out and puts this lie out about me that I was the source, Sam (Smith) and I have always been great friends, we’re still great friends but the sanctitiy of our locker room I would never put anything personal out there.

“My point is that, he said I was the snitch, yet after 35 years, he brings up his rookie year, going into one of his teammate’s rooms and seeing coke and weed and women,” “Why the hell did he want to bring that up?”

It doesn’t seem like Grant and Jordan are going to be hanging out together anytime soon.