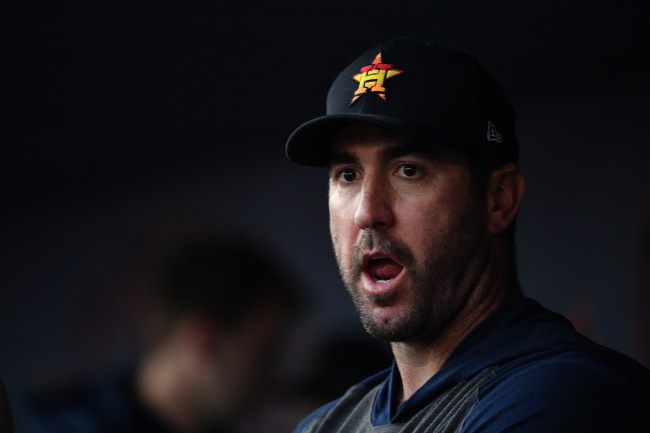 Spring Training kicked off over the weekend in Florida’s Grapefruit League. The Houston Astros‘ first game against the Washington Nationals was canceled on Saturday.

For some odd reason, the Houston Astros and the Washington Nationals share a Spring Training stadium in Florida’s Grapefruit League when there’s truly no shortage of baseball stadiums in the Sunshine State. They both play at FITTEAM Ballpark of The Palm Beaches. So instead of playing ‘at home’ on Saturday in front of mostly Houston Astros supporters and Spring Training season ticket holders, they kicked off their season on Sunday at the same ballpark but the Nationals were the home team so the stands were primarily packed with Nats Spring Training ticket holders who let the Astros HEAR IT.

Fans hurled LOUD boos as the Houston Astros took the field for the first time in Spring Training in a preview of what the Astros will come to expect every single time they take the field for the next several years in Major League Baseball.

After the boos, one heckler holding a sign with an asterisk had his sign confiscated by security for some inexplicable reason. It’s not like the sign was offensive or explicit in any way. Security should be fucking ashamed of themselves for taking this fan’s sign for speaking the truth.

Here’s a clip of the loud boos as the Houston Astros took the field:

That stadium holds a maximum of 6,000 fans. Now imagine 50,000+ fans at Yankee Stadium. This season is going to be a shit show.

This fan was holding this sign as the Astros players walked off the field after the National anthem. A few seconds later stadium security confiscated it. pic.twitter.com/58eMHuJ7K5

A different kind of sign-stealing for the Astros: This fan’s Houston Asterisk sign got taken away at today’s Astros game.

According to Yahoo! Sports, the fan’s completely harmless sign was quickly confiscated by security at the stadium which then led to an explosion of jokes on Twitter mocking Major League Baseball, the Houston Astros, and those dipshit security personnel who thought it was a good idea to try and censor heckling fans.

The Astros are going to be the most heckled team in professional sports ever this season. I’m talking across any of the major sports, any team, ever. They are going to be relentlessly booed every time they take the field and every time those players are up to bat. Even in their own stands the visiting fans will boo and heckle. Those fans will probably be removed which will just be another stain on the Astros organization.

The Astros should receive a 5-year postseason ban. It’s not too late for MLB Commissioner Rob Manfred to come back with harsher penalties. The fact that NO players were punished is infuriating but there’s STILL TIME to try and fix this before Manfred gets ousted for being a complete nincompoop.