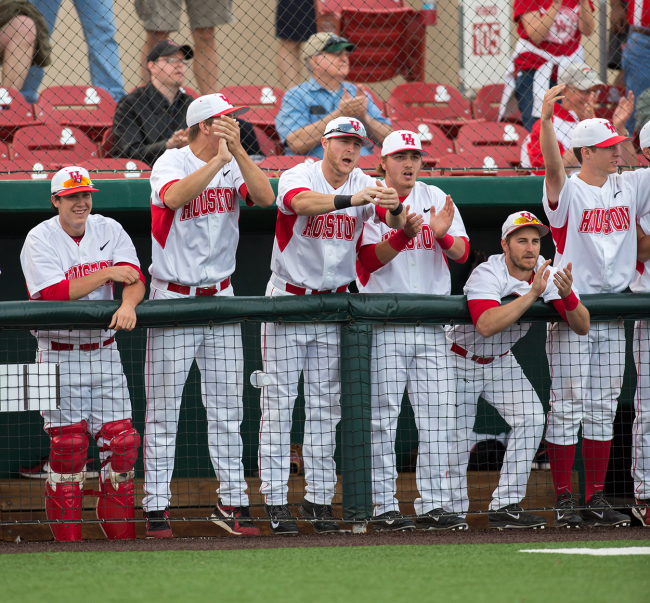 When New York Giants centerfielder Willie Mays tracked down a deep fly ball during the 1954 World Series, the play became known as ‘The Catch.’ 68 years later, his legend lives on through the Houston Cougars.

Houston, which is 22-12 on the season, opened a three-game series with Tulane on Thursday. The Cougars went on to win 6-3 and will hope to complete the sweep on Friday and Saturday ahead of Easter Sunday.

During the win, outfielder Alex Lopez payed homage to Mays in the top of the sixth inning.

In 1954, during Game 1 of the World Series at the Polo Grounds, Cleveland batter Vic Wertz hit a deep fly ball to center field that was poised to score a run. However, Mays made a ridiculous catch over his shoulder to record the out and prevent the base runners from advancing.

Lopez’s grab didn’t quite come under the same high-stakes circumstances, and no runners were on base, but it was a heck of a grab. The Green Wave batter knocked a deep ball to right field that would have landed just in front of the warning track.

Except it didn’t. Lopez got on his horse, threw his glove out and made a fantastic catch after a single bobble in and out of his glove.

His reaction said it all. Lopez was pumped and as was everybody in attendance who got to see the phenomenal effort. What a catch!