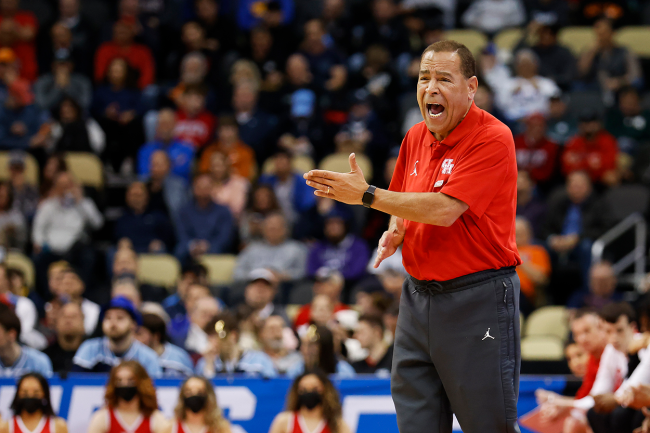 March Madness is the best. There is no other time of year where high-stakes, one-and-done sporting events happen all day, every day for four-straight days.

This year, at the forefront of the Madness is St. Peter’s Sweet 16 run, led by mustachioed guard Doug Edert. While the Peacocks may be the top headline, the stories from this year’s NCAA Tournament go well beyond the Cinderella team.

Charles Barkley’s bracket is very busted, UNC and Baylor created an insane win probability chart, and LSU basketball is a dumpster fire — to name a few.

Another interesting narrative of note is Houston. While a 5-seed that made the Final Four may not seem like a big deal, the Cougars are currently doing things that have never been done before.

Last year, Houston’s run to getting smacked in the NCAA Tournament semifinals was very easy. A lot of good teams around them got upset.

This year, Houston’s road back to the Final Four is already looking a little bit different. Even the Second Round matchup required history.

On Sunday afternoon, in the first game of the day, the Cougars took down 4-seed Illinois. It was the first time in the program’s history that it beat a single-digit seed in the NCAA Tournament.

After the win, head coach Kelvin Sampson celebrated accordingly. The 66-year-old joined his team in the locker room, ripped off his shirt and got rowdy as his players doused him in water.

Take a look at the glorious, joyful moment:

Houston will either play No. 1 seed Arizona or No. 9 seed TCU in the Sweet Sixteen.