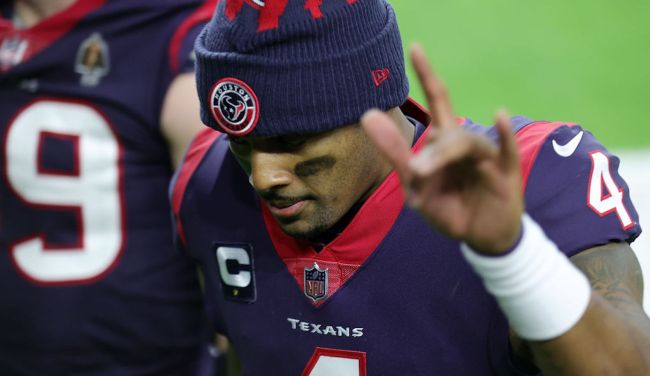 The Houston Texans, the NFL organization that drafted controversial quarterback Deshaun Watson out of Clemson University, have officially been sued for their alleged role in Watson’s alleged sexual misconduct.

According to a New York Times report from earlier this month, the Texans not only allegedly helped arrange some of Watson’s appointments but also allegedly provided Watson with a nondisclosure agreement to bring to one of the appointments.

“Today we filed the first case of what will likely be many against the Houston Texans related to Deshaun Watson’s behavior,” attorney Tony Buzbee said in a press release. “Suffice it to say, the overwhelming evidence collected indicating that the Houston Texans enabled Watson’s behavior is incredibly damning. We believe the Texans knew or most certainly should have known of Watson’s conduct. Beyond that, we believe the filing speaks for itself.”

The lawsuit against the Texans comes just a day after a report from the Wall Street Journal indicated that the NFL will be seeking to “indefinitely” suspend Deshaun Watson — who recently settled with 20 of the 24 women suing him for sexual misconduct — for “at least” one year. Watson’s disciplinary hearing with the NFL is set to finally begin on Tuesday, June 28.

While the Texans were obviously hoping to be free of the Deshaun Watson headache by trading him to the foolish Browns, this latest legal development indicates that the organization isn’t out of the Watson weeds just yet.

RELATED: NFL World Reckons With Reports The NFL Will Look To Suspend Deshaun Watson For ‘At Least’ One Season