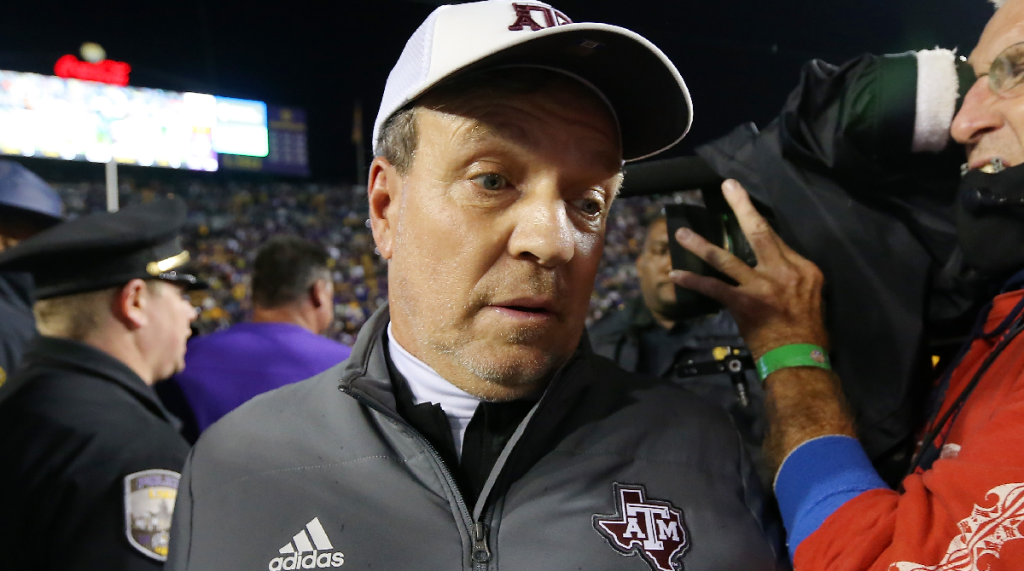 Jimbo Fisher’s job as the head coach of the Texas A&M Aggies Football Team is safe and secure. Most people in Jimbo’s situation would be on the hot seat, but Fisher has arguably the most coaching-friendly/favorable contract in College Football history.

Aggies head coach Jimbo Fisher is earning $9 million in salary for the 2022 season and his ENTIRE contract is fully guaranteed. Last year he was making $7.5 million/season but negotiated a raise and an extension, according to a recent article in The Tennesseean.

Jimbo’s contract extension at Texas A&M runs through 2031 AND it includes four fully guaranteed years, according to a report last year from USA Today. What this all means is, should the Texas A&M Aggies ever choose to part ways with the former Florida State head coach it would be the most expensive buyout in history.

$85.6 million. It would cost Texas A&M University $85.6 million to fire Jimbo Fisher. Prior to Fisher signing his massive extension last year, it would’ve only cost TAMU $45.6 million to part ways with Jimbo but that number went up to $85.6 and the Aggies are basically now stuck with Fisher for better or worse.

Here is a full breakdown:

The Jimbo Fisher buyout breakdown via @cjogara is just staggering.

For comparison, Charlie Weis' mind-boggling buyout with Notre Dame was $19 million when he was fired in 2009.

Notre Dame could have bought out Weis 3 more times & STILL spent less than A&M if they can Jimbo. 🤯 pic.twitter.com/FHLav2rGtS

His contract is FULLY guaranteed, according to NYT reporter Jane Coaston:

That number will continue to go down each year as Jimbo’s making $9 million annually. So It would be around $76 million next year, $67 million the year after that, etc.

Now, if we’re being honest here, if there is any college in the United States that might pony up $85+ million to buy out a coach I’d think it would be Texas A&M. The Aggies are TIRED of waiting for a National Championship.

Why are we even talking about this?

Many Texas A&M fans want him out already:

Most of those players haven’t sniffed action yet but the expectations for Jimbo and the Aggies are sky high. They presented Jimbo Fisher with a National Championship Plaque back in 2018 that didn’t have a date. The TAMU equivalent of a blank check at the time. But now it’s time for the results and losing to App State in Week 2 isn’t what anyone anticipated for this season.