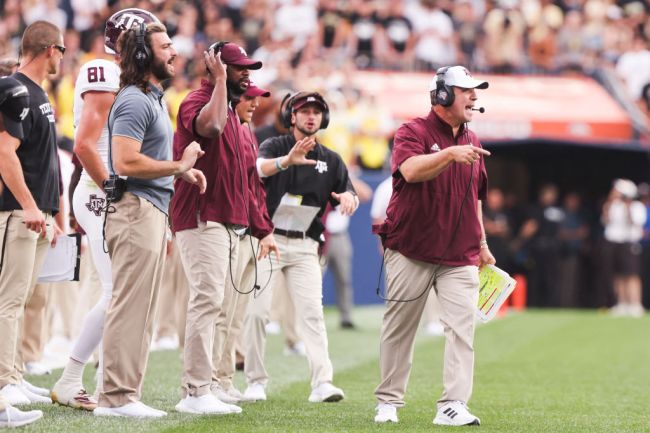 Texas A&M’s 2022 recruiting class has been a big story in college football lately. About a month ago, a report surfaced from message board user Sliced Bread that A&M was spending a fortune on recruiting.

Jimbo Fisher and Texas A&M have secured the No. 1 recruiting class of ALL TIME #SigningDay pic.twitter.com/SQsE0abYc2

It’s an impressive title to hold, but what exactly can we expect from the latest entry into the “GOAT” conversation? Let’s take a look at how the rest of the top 5 greatest classes have fared.

We haven’t had much time to find out how last season’s Alabama class will pan out, but some of the members of that class did play a part in this year’s squad which fell just short of a national title.

The #3 team on the list, Florida’s 2010 class was a major disappointment. In the four seasons that followed, they only finished as a ranked team once. They struggled to reach bowl eligibility in the first two seasons before putting together a solid 2012 season.

They were co-division champions in the SEC and finished the year ranked 10th in spite of a loss in the Sugar Bowl. They followed that up with their worst season yet in their senior year. The team went 4-8, finishing their season on a 7 game losing streak.

It’s hard to believe that the 2017 Alabama recruiting class isn’t at the top of this list. It was absolutely loaded with NFL talent. This class includes 2 starting NFL quarterbacks, 3 1st round receivers, a 1st round running back, 2 1st round linemen, and a 2nd round safety.

It’s also one of the most successful recruiting classes college football has ever seen. Their freshman year, Bama won the national title and it was a member of that class who stepped in at QB to lead a comeback in that game.

In year 2, Alabama made another appearance in the title game, but lost to Clemson. Year 3 was a bit of a letdown as they missed the college football playoff, but still finished in the top 10. Year 4 saw the second quarterback in that class take over the team and lead them to another national title.

The 2018 Georgia class has also experienced quite a bit of success, even if it wasn’t all for Georgia. The class was headlined by Justin Fields, who took Ohio State to 2 CFP appearances, including one national championship appearance.

In the four seasons since this class was recruited, Georgia has finished every year ranked in the top 10. Most importantly, this season, they took home the national title.

This Texas A&M class is going to have a lot to live up to over the next 4 years if they actually want to be the greatest recruiting class ever.