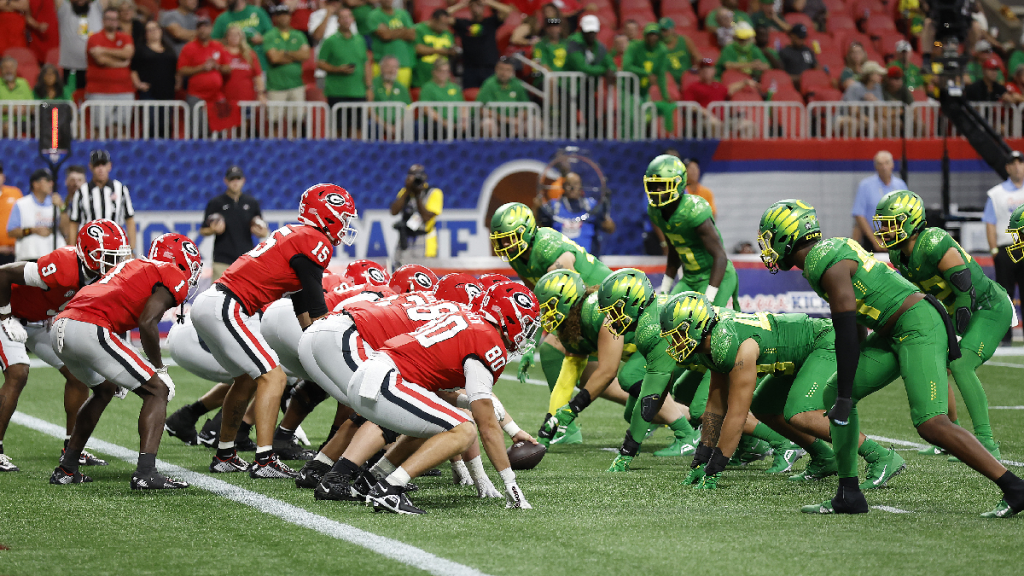 The University of Georgia Bulldogs are once again the #1 ranked team in the country after blowing out Oregon in Week 1 and easily dealing with the Samford Bulldogs in Week 2. They got a boost from Alabama struggling with the unranked Texas Longhorns in Austin and made the jump to #1.

Georgia’s center Sedrick Van Pran spoke with the media on Monday morning and gave some interesting insight into the offensive line. He explained why right guard Tate Ratledge is nicknamed ‘Chuck’. Names of UGA players have been talked about A LOT already this season.

This is the same Tate Ratledge who showed up to UGA’s National Championship game rocking an incredible mullet and mustache. That look set the tone for his future ‘Chuck’ nickname and that was explained along with the mantra that the 2022 University of Georgia Bulldogs offensive line is using to stay focused this season.

Where UGA’s Tate Ratledge got the nickname ‘Chuck’

Georgia Bulldogs center Sedrick Van Pran explained that Tate Ratledge got his nickname from his striking comparison to UFC legend Chuck Lidell, which explains everything:

Also said that he wasn't sure if he was supposed to share that or not.

The resemblance is striking:

How the Georgia Bulldogs offensive line is staying focused this season:

Sedrick Van Pran also revealed the mantra that UGA’s offensive line has been tossing around, and then quickly backpedaled and said he wasn’t sure if he was supposed to make it public:

Also said that he wasn't sure if he was supposed to share that or not.

We’ve seen a LOT of variations of that mantra in the past few years. Notably ‘facts don’t care about your feelings’ and ‘f–k your feelings’ can be seen on bumper stickers in any city across America. But this has to be the most politically correct version of the phrase that I’ve seen yet.

The Georgia Bulldogs will now play travel to face the South Carolina Gamecocks in Week 3. Their stadium was recently revealed to be the loudest stadium in the SEC Conference by a long-time SEC official.