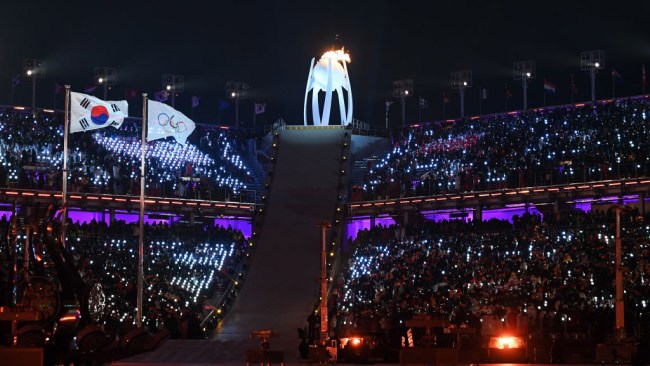 Here’s another crazy Olympics stat CapRelo came uo with regarding athletes and the countries they compete for: South Korea, the host country, has 18 non-native athletes competing for them, the most of any country. Their men’s hockey team has seven — 28 percent of the team. 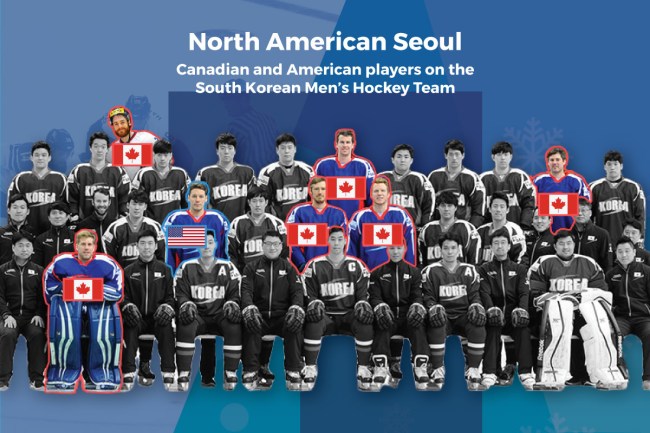 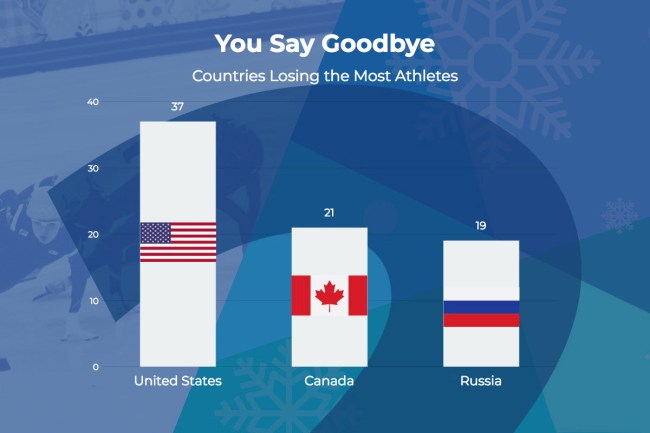 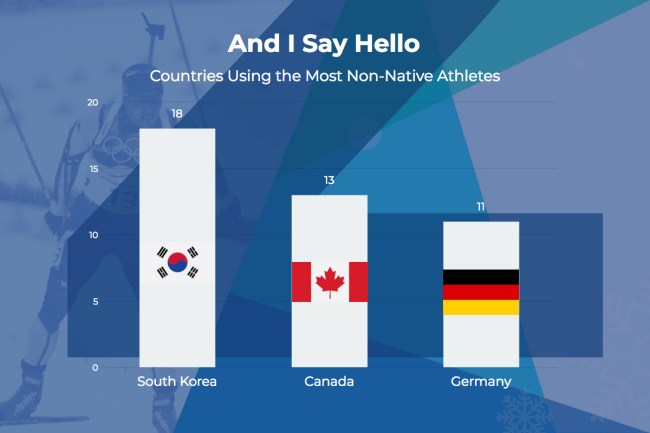 Here’s a list of all the athletes from the United States that will be competing in the Winter Olympics for other countries over the next two weeks. 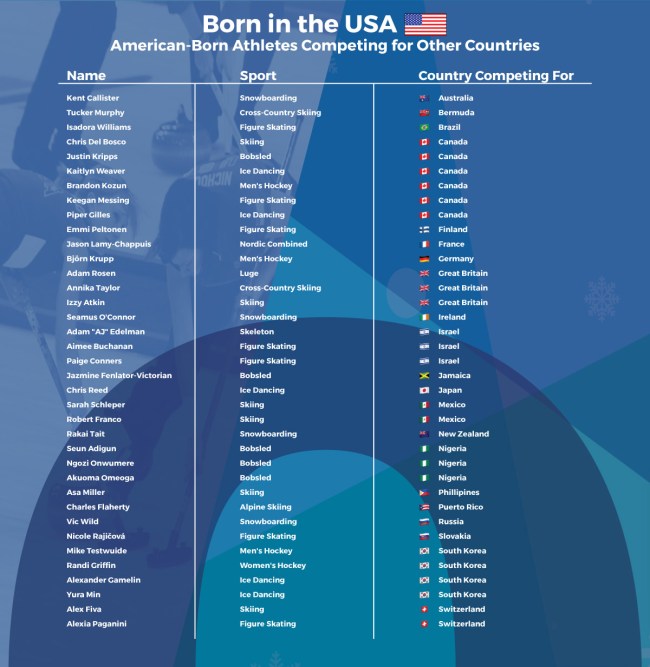 As for which sports have the most athletes competing for a country other than the one where they were born, alpine skiing takes the top spot with a whopping 32 competitors! Figure skating comes in a close second with 26 skaters taking to the ice for a country in which they were not born. 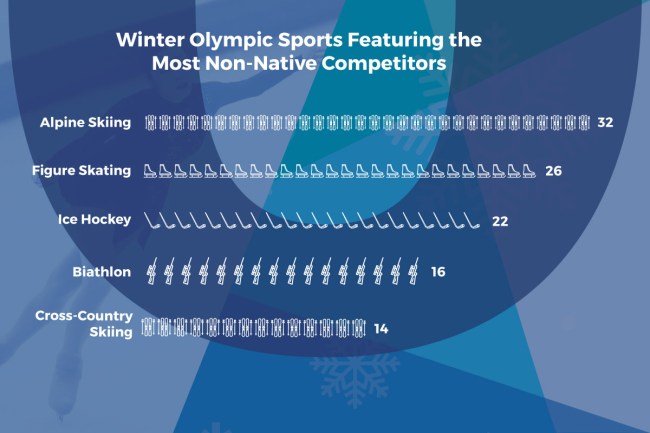 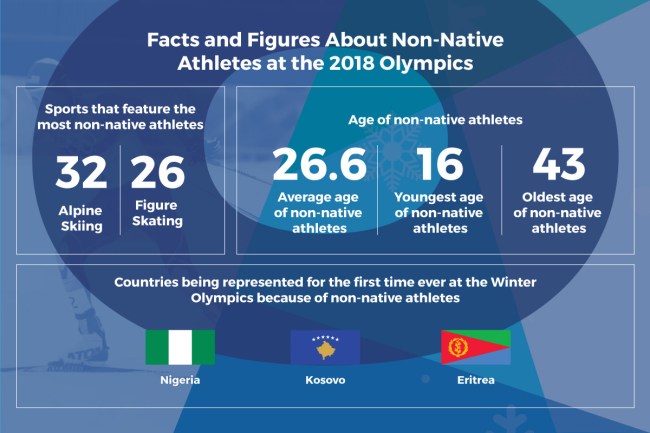 Twelve countries competing in the PyeongChang Winter Olympics will be represented entirely by athletes who were not born in their country. 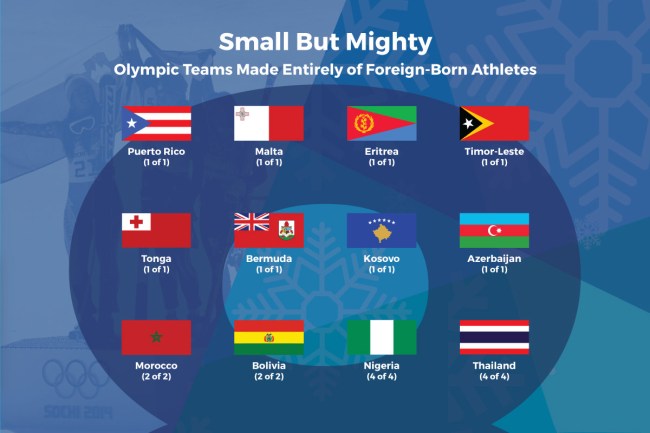 And here are the most decorated Winter Olympians competing in 2018 that will be competing for a country other than the one they where they were born. 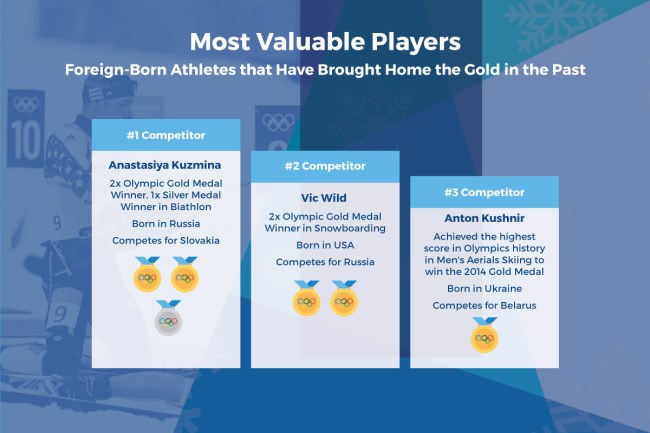