The Never Before Told Story Behind The Scenes Of How Michael Jordan Switched From No. 45 Back To No. 23 In 1995 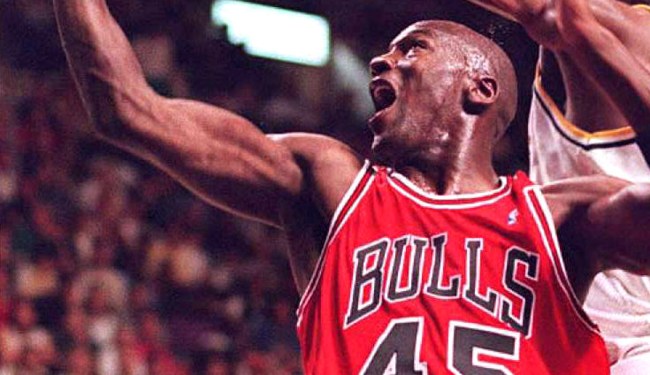 By now, even the most casual of NBA fans knows about how after a snide comment by Nick Anderson of the Orlando Magic during the 1995 Eastern Conference semifinals caused Michael Jordan to change from the number he was wearing, 45, back to the one that he made famous, 23.

After stealing the ball from Jordan to seal the win in Game 1, Anderson famously told the media, “Number 45 doesn’t explode like number 23 used to. Number 45 is not number 23. I couldn’t have done that to number 23.”

Naturally, because MJ is gonna MJ, he didn’t take too kindly to Anderson’s remark and showed up to Game 2 rocking his iconic number 23 Chicago Bulls fit.

Many fans have long wondered just how exactly did Jordan happen to have a number 23 Bulls jersey with him?

After all, the first two games of that series took place in Orlando.

Did they have one made and then overnighted to Orlando Arena before Game 2?

Turns out they didn’t have to. There was a number 23 Bulls jersey with Jordan’s name on it already in Orlando, thanks to Bulls equipment manager John Ligmanowski.

“We had a conversation in the locker room at the Berto Center,” Ligmanowski revealed on NBC Sports’ Sports Uncovered podcast, referencing the Bulls’ old practice facility. “And I asked him. I said, ‘You wore number 45 in baseball. What number do you want to wear?’ He sat there and thought for awhile. And then he decided he was going to go with the 45.

The Bulls ended up getting fined $25,000 over Jordan changing his number mid-playoff series, but after going 8-for-22 with just 19 points in Game 1, in his first game back wearing number 23 Jordan dropped 38 points on Nick Anderson and the Magic, going 17-for-30 from the field with 7 rebounds, 3 assists, 4 steals, and 4 blocks in a 104-94 Bulls victory.

Orlando ended up winning the series, and going on the NBA Finals where they were swept by the Houston Rockets.

One year later, the second Bulls three-peat began and the rest is history.