How To Watch The Chile Vs. Peru Copa America Semifinal Match Online With ESPN+ 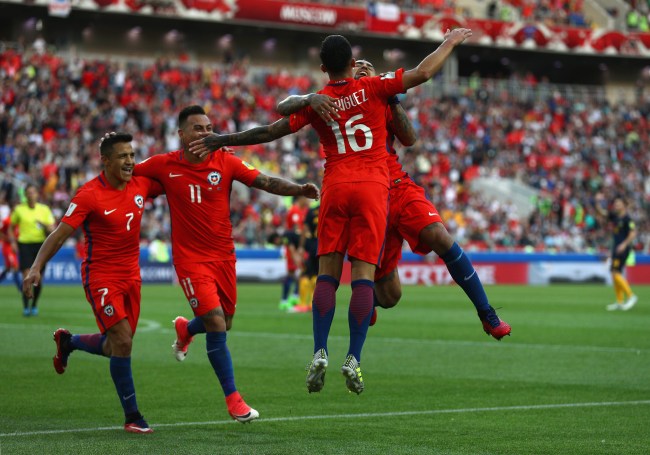 Copa America might not be the World Cup, but it still features some of the biggest names and historic countries in the soccer world. We saw that yesterday when an epic showdown between Brazil and Argentina took place in one of the semifinal matches in the tournament, with Brazil coming out victorious with a 2-0 decision — which didn’t sit well with Argentine legend Lionel Messi.

With Brazil reaching its first Copa America final since 2007, the Selecao now awaits their opponent, with either Chile or Peru punching their ticket to Sunday’s championship match. Who will it be? Only time will tell, with Chile looking to reach the Copa America finals for the third-straight tournament. But for those wondering how to watch the Chile vs. Peru Copa America semifinal match online, ESPN+, is the spot, as it’s the exclusive home of the entire Copa America tournament. Plus, the streaming service costs just $4.99/month — or $49.99/year — so you won’t feel bad about spending a little money to watch the sports you want.

The Chile-Peru match features two squads with starpower, but would both serve as underdogs in the Copa America Final. On one side is Chile, who is led by goal scorers Eduardo Vargas and Alexis Sánchez — who are tied for the tournament lead with two goals apiece. Peru, known as the “Inca fighters”, counters the Chilean attack with a formation and strategy that helped shutdown a powerful Uruguayan attack in the quarterfinals. The team’s head coach, Ricardo Gareca, plans to keep the same plan in this match, so there’s some questions as to whether it works again.

Can Chile, the two-time defending Copa America champ, continue its success and take on host country Brazil in the final? Or will Peru keep its magic and upset “La Roja”? Tune into ESPN+ tonight to find out, because it’s sure to be dramatic.

Whether you’re just trying to watch iconic squads in today’s Copa America semifinal, or someone looking for the best UFC content, live events and original series to scratch your sports itch, ESPN+ is the spot to get it all. Plus, the fact that it costs just $4.99/month — or $49.99/year — is just an added bonus.