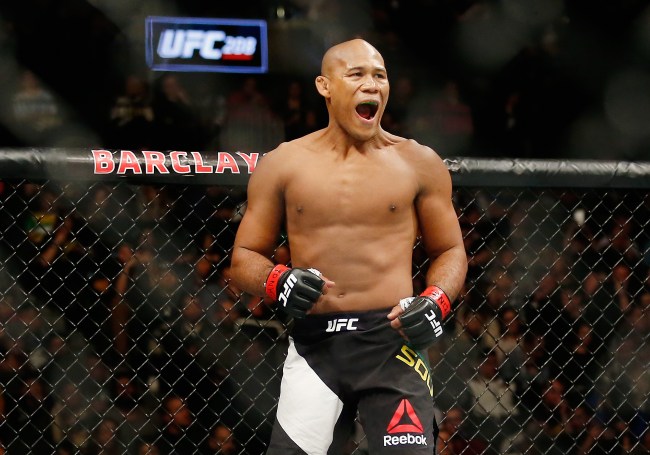 If you’re wondering how to watch UFC Fight Night this week, ESPN+ is your exclusive spot to take in the hard-hitting action. With the UFC Fight Night Pre-Show going on Friday in-studio, and the actual bout going down inside of The Octagon on Saturday, you won’t want to miss a single kick, punch or submission: and ESPN+ has you covered.

UFC Fight Night features Ronaldo Souza and Jack Hermansson in the headline bout, with the two middleweights who are known for being finishers meeting inside The Octagon to see who holds the real distinction at being the best. Souza (26-6-1), has finished his last six victories, with his most recent coming in November when he took down former champion Chris Weidman. Opposing him will be Hermansson (19-4), who has won by finishes in his last three bouts, so it’s a tasty matchup — and ESPN+ will have it all for you to take in.

We’ve got a feeling you’ll want to stick around with the streaming service for just $4.99/month, though, because ESPN+ has loads of exclusive content that you’ll want at your fingertips, from the UFC to shows like Detail with Kobe Bryant, Draft Academy: Season 2, live sporting events and documentaries galore.

If you’re planning on watching UFC Fight Night with Ronaldo Souza and Jack Hermansson, don’t forget about all the other exclusive UFC programming that ESPN+ has for you to watch. Here’s some of what you can expect with your subscription to the streaming service.