How To Watch World The Australian Open And World No. 1 Ashleigh Barty On ESPN+ 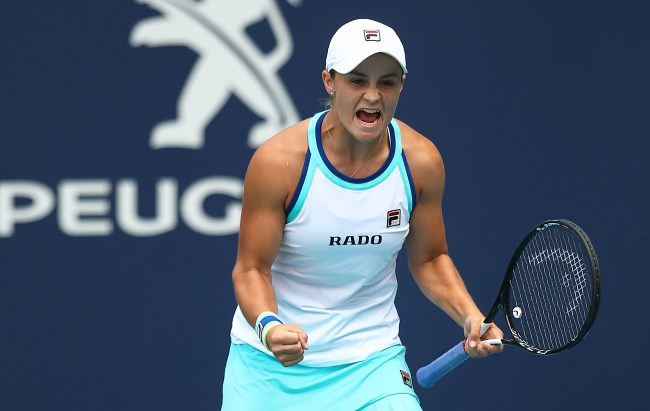 Wondering how to watch the Australian Open? Hey, we don’t blame you, considering it’s the first Grand Slam tournament in tennis each year. So while you channel surf and try to figure out where the most competitive matches are — which includes names like Roger Federer, Novak Djokovivc and Rafael Nadal on the men’s side, and Ashleigh Barty, Simona Halep and Naomi Osaka on the women’s side — we’ll just go ahead and make it easy for you: Because all the Australian Open action is available on ESPN+.

A dream for every sports fan, ESPN+ is home to some of the world’s biggest events, like the Australian Open, as well as things like UFC fights, college football, Top Rank boxing, and Serie A soccer, along with so much more. Point blank: If you want to prove your fanaticism as a sports fan, this is the streaming service for you. And best part? It’s cheap, with an annual subscription costing just $49.99.

Now that you know some of the A+ content ESPN+ delivers, let’s get back to that whole watching the Australian Open thing — considering it’s the biggest sporting event on the planet at the moment. And because you want to see the best of the best, take a look at the schedule for when some of the top talent will be competing.

Along with Ashleigh Barty, as you can see above, there are seven players ranked in the 30 streaming exclusively on ESPN+ tonight, Thursday, January 23 — so get your subscription to ESPN+ now.

In addition to watching all the Australian Open action on ESPN+, subscribers to the streaming service will have access to loads of other sports content, too. And, as the exclusive home for the UFC, fans will have plenty of had-hitting action and classic fights to choose from. Here’s some of what to expect with an ESPN subscription, which, remember, costs just $49.99/year.

Plus, with an ESPN+ subscription, fans will have the best sports content and live events at their fingertips at all times. From college football, NHL, MLS, UFC, Top Rank Boxing, MLB, international soccer and more, to say you’ll be binge-watching stuff is an understatement. Seriously, you may never leave your couch again after snagging a subscription — and we wouldn’t blame you.

Whether knowing how to watch the Australian Open, or taking in a ton of other top-notch sports content, ESPN+ is the destination for you.

The streaming service also includes the entire catalogue of 30 for 30 documentaries, as well as original series’ like SneakerCenter, The Boardroom, and Peyton’s Places, among others, so every single sports fan should set aside a mere $4.99 each month for ESPN+. Now’s the time to get your subscription so that you never miss the most in-depth sports content available.