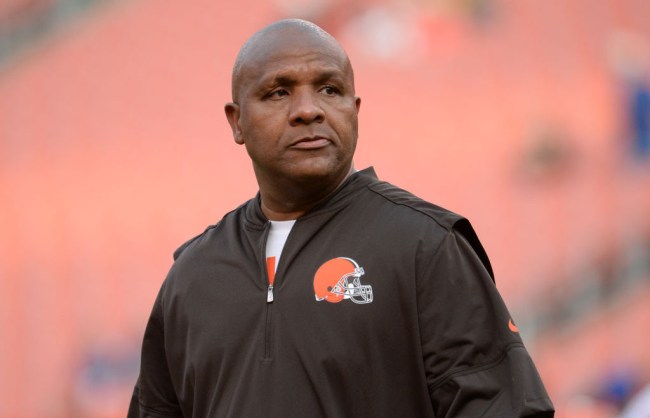 Jeopardy! legend James Holzhauer may not have bought into the hype surrounding the Cleveland Browns ahead of this season but more than a few people believed this would be the year the team would finally be able to turn things around.

The Browns—who haven’t made the playoffs since their 2002 campaign—managed to add Odell Beckham Jr. to their roster and plenty of analysts predicted Baker Mayfield would have a breakout year, but unfortunately, they haven’t lived up to the lofty expectations that were set for them and are currently sporting a 5-6 record.

With that said, the Browns have come a long way since they were the laughing stock of the NFL under the guidance of Hue Jackson, who helmed the team for two-and-a-half seasons before the organization finally wised up and decided to part ways with the man who sports one of the worst coaching records in NFL history.

Jackson got torn into for laying the blame on everyone but himself after he got canned, and based on what he had to say during a recent interview, he’s still having trouble coming to terms with the dismissal that sent him spiraling into depression.

According to Larry Brown Sports, Jackson reflected on his tenure while chatting with Fair Game and claims he felt disrespected when the Browns explained they were firing him because they felt the team wasn’t putting in any effort, saying:

“I just didn’t believe that the reasoning that was behind it that the team had quit—I wasn’t buying that. We played in too many overtime games. We had too many opportunities to win games early in the year. So I felt that was disrespectful coming from John Dorsey.

“Go back and look at those first two years to get the team to keep playing and then look at [2018], I thought there was improvement happening. Obviously, we had games that we could’ve won that we didn’t win. At the end of the day, we didn’t. But I sure thought we were well on our way to improving.”

Cleveland got off to a rousing 2-5-1 start that season so it’s not exactly shocking that Jackson was let go but it is shocking that he can’t seem to fathom why his 3-36-1 record with the team wasn’t enough to help him keep his job.