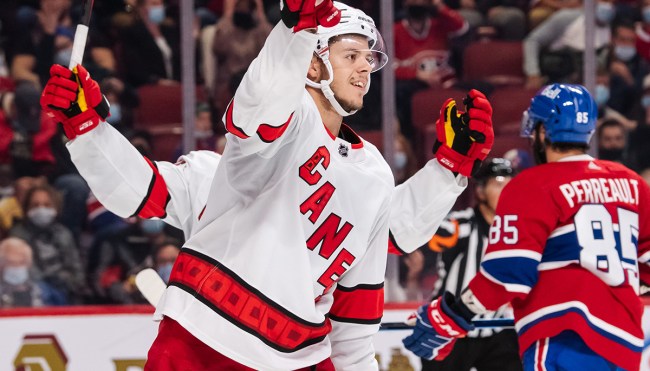 Since joining the NHL as one of the “Original Six” teams the league began to build a foundation on back in 1942, the Montreal Canadiens have found themselves at the center of a couple of particularly bitter rivalries with the Toronto Maple Leafs and the Boston Bruins.

However, over the past couple of years, they’ve found a new (and fairly unlikely) mortal enemy in the form of the bunch of jerks that are the Carolina Hurricanes.

The increasingly contentious feud first began to simmer when the Canadiens issued a massive offer sheet to Carolina forward Sebastian Aho in 2019, which was widely viewed as a de facto extortion attempt that forced the Hurricanes to pay more than they would’ve likely preferred to keep him on the roster. This summer, the Canes returned the favor by successfully poaching Jesperi Kotkaniemi with an offer sheet of their own, which set the stage for some impressive acts of pettiness that seemingly have no end in sight.

Earlier this month, Carolina was called out for only playing four preseason games instead of the required six after the Canadians reportedly contacted the NHL to snitch on them for skirting the rules (the league ultimately gave the team an exemption). As a result, there was a fair amount of intrigue surrounding the matchup between the two teams on Thursday night in Montreal that ultimately saw the Hurricanes walk away with a 4-1 victory.

Carolina’s superb social media team didn’t waste any time trolling their opponents by posting about the win in French on Twitter and added insult to injury by inviting fans to check out “didthehabslose.com.”

While the popup website appears to have already been taken down, The Score managed to snag some screenshots of what visitors were treated to—including a video of Aho nodding and a flash sale on shirts emblazoned with his and Kotkaniemi’s name that fans could snag for $20 by using the discount code “OUI.” 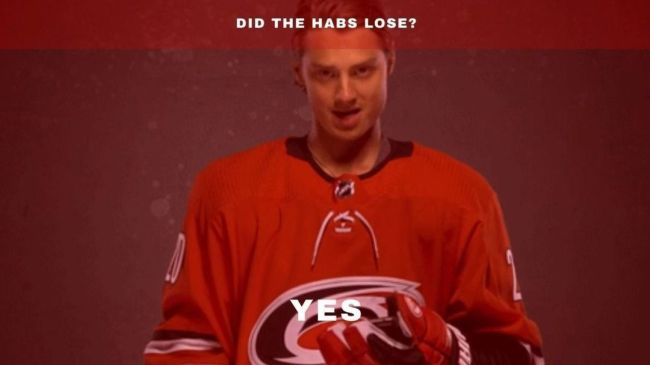 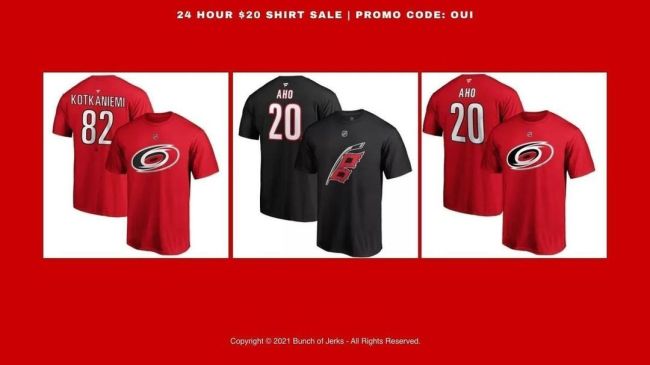