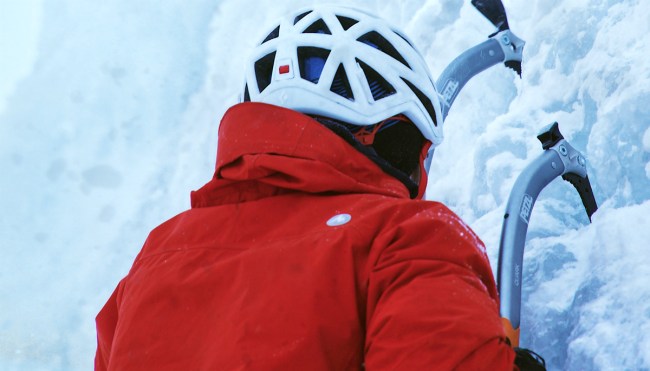 There are plenty of people who are able to derive a great deal of enjoyment in life by engaging in the kind of pursuits that would make the average person’s heart race just by thinking about them; the adrenaline junkies who don’t think twice about jumping out of a perfectly good airplane or taking on the biggest waves on the planet.

However, there are others who aren’t simply satisfied with pushing things to the limit but seemingly take joy in tempting fate to the most extreme degree imaginable— like Alex Honnold, the mountain climber featured in Free Solo, the 2018 documentary that doubled as a butthole exercise video thanks to the harrowing footage of him scaling El Capitan without any ropes.

Now, I’d like to introduce you to another mad lad named Leland Nisky, an ice climber who works as an alpine guide and documents a number of his excursions on Instagram.

That includes one climb that was a subject of a post earlier this month, as Nisky uploaded a terrifying video of himself hanging onto his axes for dear life after encountering an avalanche on a mountain in Colorado that pummeled him with snow while he was 400 feet above the ground with no safety equipment to turn to for backup.

As you can see, Nisky managed to escape unscathed (aside from any mental trauma he may have to grapple with as a result).