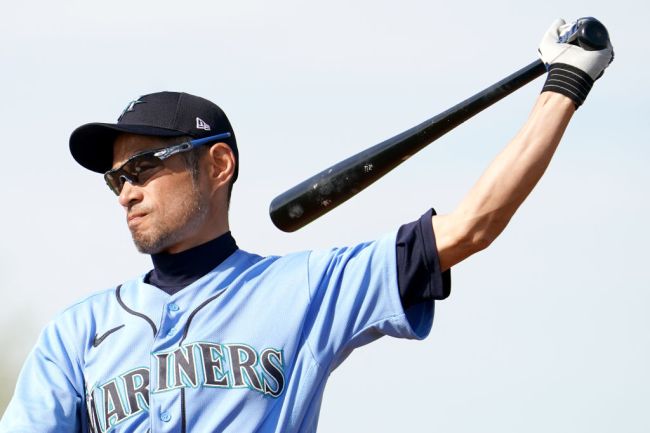 In a call back to 2001, Ichiro Suzuki and Mike Cameron suited up for the Mariners on Sunday. Seattle had a Spring Training game against the Angels in Tempe, AZ and the team only traveled its regular players. Something pretty standard in the spring, the guys who stayed back at camp participated in a simulation game to go over on-base scenarios and get different situational reps in. Because of COVID-limited rosters, they didn’t have enough players to field a full lineup and called upon two special assistants to fill the gaps.

That’s Mike Cameron in center and Ichiro in right during a sim game today in Peoria. pic.twitter.com/x64tXCQFrf

48-year-old Cameron made his last MLB appearance in 2011 and played three years with the Mariners near the beginning of his 16-year journeyman career. It was the longest he played for one club and earned an All-Star birth in 2001, with a pair of Gold Glove Awards in 2001 and 2003. He rejoined the organization as a special assistant for defense and baserunning in 2019 and stepped into the 8-spot over the weekend.

To his left, 47-year-old Ichiro rounded out the reunion in the outfield. He has been very active in Spring Training and went from throwing some cheese in batting practice to taking smooth hacks at the dish.

Ichiro can still swing it… are you surprised? 🐐 pic.twitter.com/5HbouGhCqJ

Cameron ended up going 0-2 and Ichiro went 0-1 against the team’s ace Marco Gonzales with a fly out to left. Despite the slow day at the plate, you can’t convince me that Ichiro couldn’t get back into a Major League lineup with a couple weeks of proper training. He was getting his bat on the ball against the team’s top arm and was mic’d up for the afternoon. It is a joy to watch.

You never know what you might see in a sim game. pic.twitter.com/m57S8JPHwL

Seattle’s not quite considered a contender this year or in the immediate future, but the team has undergone a significant rebuild in recent years and the roster has a lot of young, promising talent. Having Ichiro and Cameron in the organization to mentor their prospects is a great move. The two were on the last Mariners team to reach October back in 2001 and can show their mentees what it takes to get there.