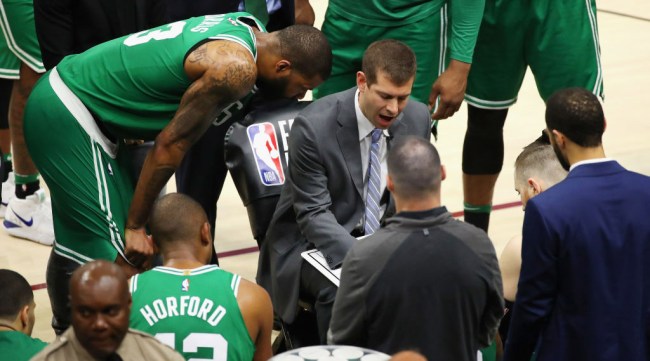 The end of NBA games are so interminable and boring, and they’ve been that way for years. But this idea used in The Basketball Tournament with regard to how they end games? This needs to go into effect immediately in the NBA as well.

Check this out. During The Basketball Tournament, a 72-team inner-take-all $2,000,000 tournament, made a major change to how their basketball games would end last year.

What they did was shut off the game clock and play until one of the teams reaches a target score. Bear with me. This is good.

Some coaches and players worried the tournament was bastardizing hoops with a needless gimmick. Tournament higher-ups decided they would use the gambit only in 11 play-in games.

A year later, they are going all-in, implementing the so-called Elam Ending for all of the tournament’s 71 games starting on June 29 — including the $2 million championship game on Aug. 3 on ESPN.

At the first dead ball under the 4:00 mark, the clock will go dark as officials add seven points to the score of the leading team. The first team to reach that score wins. If Team A leads Team B, 78-70, when the clock stops with 3:58 left, they play until one reaches 85.

“Fans loved it,” says Jonathan Mugar, founder and CEO of TBT. “There were instances in which they stood for the whole thing.”

So instead of one intentional foul after another to stop the clock over and over and over, teams that were behind just went balls out to try to catch up and reach the magic number before their opponent.

Former Syracuse star John Wallace, who coaches a TBT team said about this new type of ending, “It was awesome. It was different. It added intrigue.”

“This idea would address the number one viewer issue I see in NBA games — the endless trips to the free throw line and timeouts at the end of games,” said Morey.

“It’s almost like you get a buzzer-beater in every game,” said former Drexel University basketball player and TBT coach Jake Lerner.

No more endless sitting through timeouts, intentional fouls and free throws clogging up the last four minutes of an NBA game?