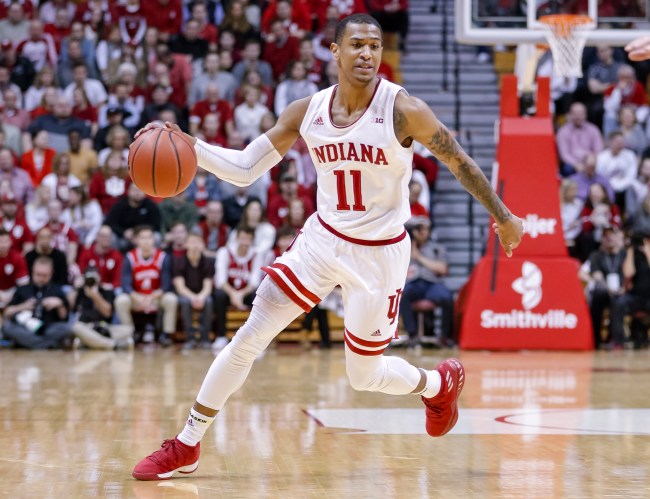 Despite not making the NCAA tournament, Indiana guard is balling out in the NIT tournament.

On Saturday, Green helped the Hoosiers advance to the third round of the tourney but it’s not his play that caught the most attention. Apparently Green has amazing Grand Theft Auto inspired tattoo on his arm.

he really got the GTA: San Andreas unlimited ammo cheat code tatted on him because he’s a shooter 💀 pic.twitter.com/hmArElN1ht

You can see the code clearly on closer inspection.

He really got the unlimited ammo cheat from GTA: San Andreas tattooed on his arm 🤯 @ChefBoyArGreen (via @LakeShowYo) pic.twitter.com/0mLzYWjImk

might be the toughest tattoo in the game tbh