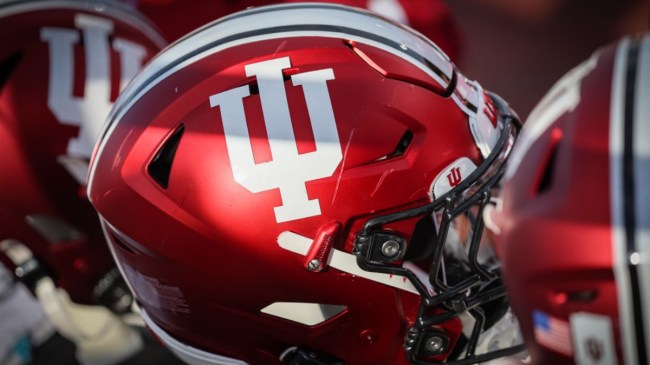 For a little while there, it really looked like Indiana was about to bring their losing streak to an end.

After losing 4 consecutive games to Cincinnati, Nebraska, Michigan, and Maryland, Indiana got a chance to play against the Rutgers Scarlet Knights. Usually that would be exactly the team you want to run into in the Big 10 when you really need a win. Rutgers entered the game with an 0-3 record during conference play and had only scored a combined 34 points in those games.

It didn’t take long for Indiana to pull ahead in the game. They returned the opening kickoff for a touchdown to immediately take a 7-0 lead. They even added another touchdown in the frost quarter. Unfortunately for the Hoosiers, by the time they scored again, Rutgers had scored 24 unanswered points and there was just over a minute left in the game.

Indiana lost by a final score of 24-17, dropping their record for the season to 3-5 and their record in Big 10 play to 1-4. The loss also made history for the Hoosiers.

The loss was the 700th in the history of Indiana’s football program, making them the first FBS program to reach that number.

Indiana sprinted out to a 14-0 lead in the first 10 minutes, but couldn't hang on for a loss to Rutgers, which has led to a historic milestone for the Hoosiers! pic.twitter.com/nD7iiWQI0x

Interestingly, Rutgers is one of the two teams closest to joining Indiana in the 700 loss club. Rutgers is 3rd all-time in losses by a college football program. The 2nd place team on the list also calls the Big 10 home with Northwestern holding that spot.

After losing to Rutgers, Indiana might spend the rest of the season adding on to this record with games against Penn State, Ohio State, Michigan State, and Purdue.