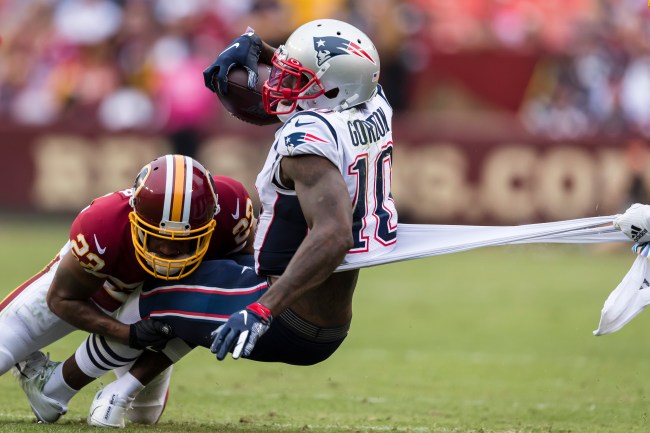 The Josh Gordon experiment in New England will be defined depending on who you ask.

Yes, he did haul in 60 receptions for 1,007 yards and four touchdowns in slithers of two seasons with the Pats. And yes, the fanbase did give Gordon a longer leash in light of the ambiguously-defined suspension imposed on him.

But Gordon’s 2019 season left a lot to be desired–catching 20 passes for 287 yards and one touchdown before the Patriots put him on IR following a knee injury and ultimately releasing him.

The 28-year-old did pass his exit physical with New England so his is healthy as he enters waivers, but recent revelations made by Patriots insider Tom E. Curran may hinder Gordon’s chances at being picked up by another squad.

Curran revealed that the driving force behind the Pats moving on from Gordon was the wide receiver’s lack of reliability, not only on the field, but during team-mandated meetings and activities.

.@Tomecurran (the one in the clown costume) tells us about Josh Gordon's future pic.twitter.com/QqQle9Cso4

“They’re concerned he’s not showing up on time. He’s hard to locate on occasion when they need to locate him.”

So, that being the red flag that it is accompanying N’Keal Harry coming back, they made a deal for Sanu. Can’t have this dice roll going on with this player who may or may not be there. He has that track record so why wait for it to happen?”

Hate to hear it, especially considering Gordon’s offseason transformation to a shredded monster led me to believe he was committed.