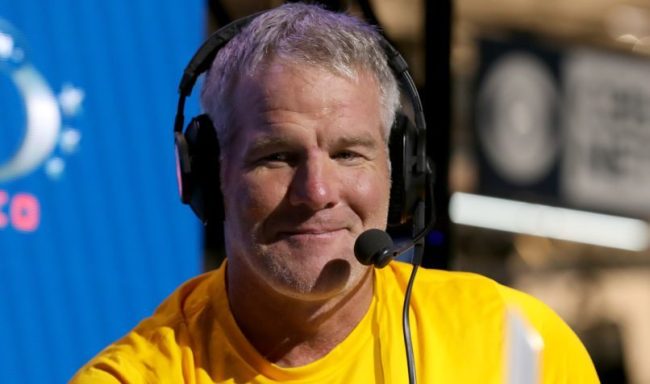 Brett Favre is not interested in listening to what people have to say about him on Twitter. As a result, he is blocking anyone in his path.

The 52-year-old retired NFL quarterback is currently feuding with Mississippi State Auditor Shad White over the auditor saying that Favre failed to make speeches after being paid with welfare money. Last year, reports began to surface that Favre received $1.1 million from the state of Mississippi for speeches that he never made.

Reports then began to surface that the money he was paid came from the state’s welfare fund. A few days later, Favre stated that he did not know the details of the money he received and would pay it back in full.

After a lot of back-and-forth, he eventually gave back $500,000. And then, earlier this year, a reporter asked the former quarterback if would give back the remaining $600,000.

The twitter spat between Favre and White happened days after he finally repaid the $600,000 to the state. It was the last portion of the $1.1 million that the auditor said he received from a nonprofit organization that used money intended to help people in Mississippi, which is one of the poorest states in the country.

White claims that Favre still owes more than $220,000 in interest, and that the state attorney general could sue.

On Friday morning, Favre took to twitter with a lengthy thread:

As I have said before, I would never accept money for no-show appearances, as the state of Mississippi auditor, @ShadWhite, claims.

Of course the money was returned because I would never knowingly take funds meant to help our neighbors in need, but for Shad White to continue to push out this lie that the money was for no-show events is something I cannot stay silent about.

Prioritizing sensational headlines over seeking truth is doing a disservice to the people of our great state who deserve answers and a resolution.

In response, White rebutted with one of his own:

The CPA for Favre Enterprises confirmed this was your contract. You did not give the speeches. You have acknowledged this in statements to my agents.

To suggest I have only communicated this to you via the media is wrong. I’m doing my job—that’s it. You can continue to use your megaphone as a celebrity to drown out the facts, but it will not change the facts.

As this was happening, people on Twitter immediately began to make jokes at Favre’s expense. One tweet in particular, from prominent Mississippi twitter voice Bunkie Perkins must have resonated with Favre.

Perkins has been critical of Favre in the past and has a large following, so it may have been a combination of factors… but Perkins got blocked.

Man, he doesn’t even owe me money pic.twitter.com/4RPW4BavMC

This was not the first time that Favre was click to hit the block button and it doesn’t appear to be the last.

Really wanted to ask @brettfavre if he’s repaid his balance due to the state of Mississippi but he’s blocked me. Can you all ask him for me? pic.twitter.com/jAataxDPvT

It would appear that Favre simply refused to handle criticism and takes the easy route. Be careful, or you might be next.