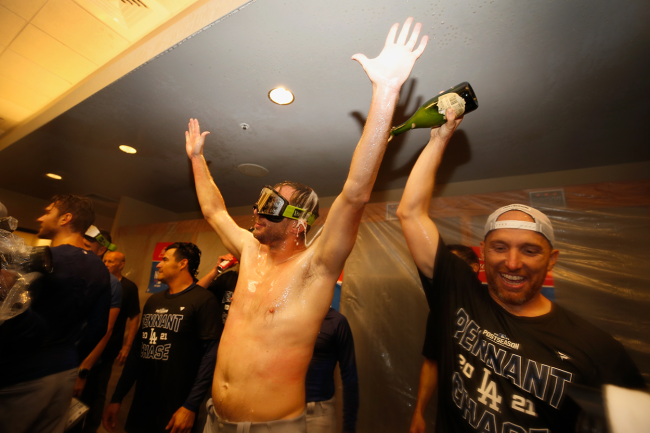 Three-time Cy Young Award winner Max Scherzer is signing with the New York Mets. No, seriously, the deal is all-but done and Mad Max is on his way to the world’s largest media market.

And per MLB insider Jon Heyman, he’s going to make a lot of money to do so. His contract will make him the highest paid player in baseball.

Max Scherzer and the Mets are finalizing $130M, 3-year deal. Minor details to go only.

Scherzer is set to be paid $43 million per year. That’s $6 million more than the second-highest paid player.

Scherzer reportedly was seeking a four-year deal, and considering the fact that he is 37 years old, it makes sense that the Mets would pay him more for three years rather than add a fourth. It is still a gargantuan amount of money either way.

Here are some of the things that Scherzer can buy with his new contract:

Scherzer is making bank and the internet went crazy over the news.

Here are some of the best reactions to Scherzer’s Mets signing:

What Max Scherzer’s $130M contract gets him in NYC pic.twitter.com/JlKLgXjXRn

Jacob deGrom picking Max Scherzer up from the airport like pic.twitter.com/5fx2DNcGiK

Can't be that mad, Mets are spending money like they're drunker than Max Scherzer after the Wild Card Game.

“We had the Wilpons! We had Van Wagenen! It was rough shit! But we have Max Scherzer!” pic.twitter.com/rxmKL111AL

Mets fans once they saw the news that their team indeed signed Max Scherzer to form one of the best 1-2 punches in the game Jacob deGrom and Max. pic.twitter.com/fK2Q7gFPPy

If Max Scherzer signs with the Mets, I don't want to hear any sugarcoating in the introductory press conference.

He should just look into the cameras and say they paid me more than anyone else, then walk away.

the #mets and max scherzer for the past 24 hours pic.twitter.com/Zjkx5zjp6U

Steve Cohen over the past few days:

Around the time it was reported that Max Scherzer would sign with the Mets, it started snowing in NYC.#LGM pic.twitter.com/aD1glZkBdY

If the Mets get Max Scherzer pic.twitter.com/eUbdNU0dqh

HEY MAX
HOW CAN YOU RESIST THIS?#MaxScherzer #PASTRAMI #KatzDeli
PASS ME A PICKLE PLEASE 🥒 pic.twitter.com/chtm8Ax545

Max Scherzer on the Mets in 3 years: pic.twitter.com/s6KuZxiy92

All my hatred for Max Scherzer leaving my body if he signs with the @Mets… pic.twitter.com/t8d6ApsmKY