The Internet Was Swept Into A Panic With The Unfounded Odell Beckham Jr. Trade Rumors 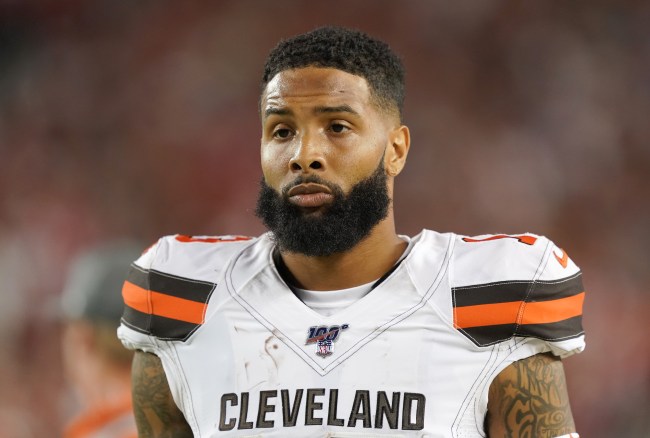 Gather around, folks. Today’s lesson is Internet Gullibility 101. Travis, stop rolling your boogers and sticking them under the desk, please. I shouldn’t have to tell you again.

The first requirement of Internet Gullibility is the plant. The plant is used to create buzz around a hot topic and must be generated by a user with a blue checkmark. It is made more believable if said user has a cartoon caricature of their face as their profile photo and lede that states they have a voice worth sharing (podcast or radio preferred).

.@Browns are listening to offers for #OBJ is true!…. @Patriots @Eagles @49ers

This one tweet announcing that the Browns are shopping Odell Beckham Jr. to the Eagles, 49ers, and Patriots (who have a total of $6 remaining in cap spend), spawned out to generate intended buzz to seemingly legitimate sports outlets.

From there, the rumor is molded into fact by every Tom, Dick and Jerry in America.

(A famous athlete helps to fuel the fire.)

Trade OBJ to the @Raiders if the Browns tryna make a move.

Would you want Odell Beckham Jr on the Patriots???

Odell Beckham tries to join the 49ers after the game pic.twitter.com/jjyqW3TBNo

@Raiders the @Browns are listening to trade offers and rumor to trade @obj we need to grab him !!!

Patriots have inquired about the availability of Odell Beckham Jr., per source. pic.twitter.com/7T8RAwP2rV

And the final stage of the Internet Gullibility lifecycle: Enlightenment.