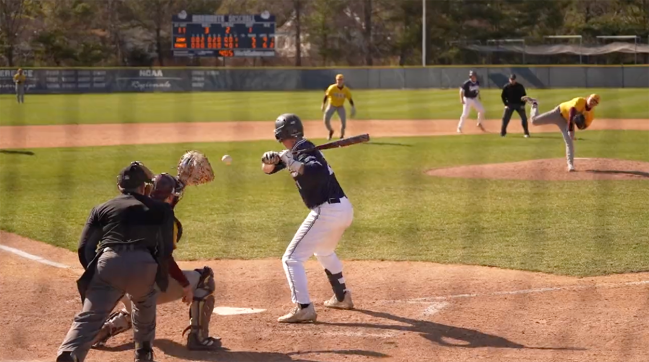 Iona baseball is the worst team in the country this season and it’s not even close. The Gaels have played 22 games in 2022 and have lost every single one.

They also have the nation’s longest losing-streak at 28 games, dating back to last season. Oof.

After starting the year at 0-2, the Gaels almost put a “1” in the win column on Saturday. But it ended up in heartbreak.

Iona, a private Catholic college in New Rochelle, New York, traveled to Long Branch, New Jersey for a three-game series with Monmouth over the weekend. The Gaels dropped the first game of the series 3-9 and lost in walk-off fashion on Saturday.

The way in which it happened is extremely demoralizing and gut-wrenching.

Iona held a 5-4 lead through the first 9 1/3 innings. The Gaels needed just two outs to secure their first win of the year.

What happened next hurts the soul. Iona walked in four-straight batters to tie the game at five.

And then, the Gaels walked-in another batter with the bases loaded — the fifth walk in a row.

Iona Gaels were leading 5-4, 2 outs away from ending the nation's longest losing streak at 27 games.

5 straight walks… and the streak moves to 28 games. pic.twitter.com/ha6kiFdNgw

They lost on a walk-off walk.

The final pitch of today's W after a great AB from @cmccreary11.#FlyHawks pic.twitter.com/IzijTNKHBL

Iona has 25 regular season games remaining this year. If the Gaels lose all 25, they will finish with the worst record of all-time.

Will Iona make history for all of the wrong reasons? Stay tuned.