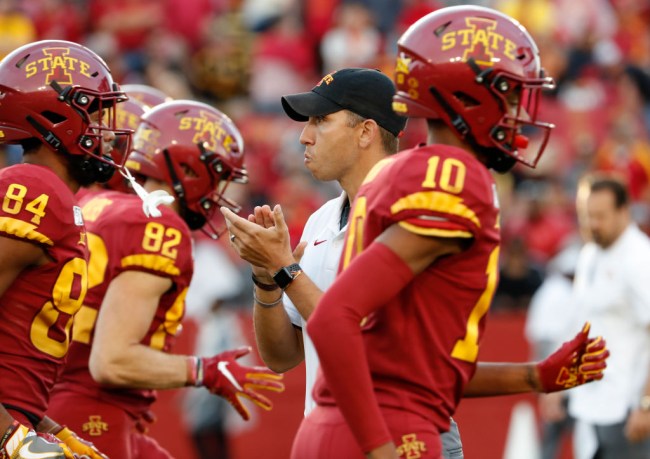 Players, coaches and executives throughout the sports world taking pay cuts has become a new norm over the past few weeks given the situation at hand.

While we’ve seen similar stories to Lionel Messi and his Barcelona teammates taking a major pay cut to help out club staff members, there hasn’t been a lot of news on that same front involving the NCAA. Colleges all around the country lost out on major revenue given the cancelation of the NCAA Tournament, other sport’s championships being canceled and classes going online.

On Wednesday Iowa State became the first Power 5 school to officially announce a temporary pay reduction for coaches and other staffers. The school’s athletic director, Jamie Pollard, announced that the Cyclones are set to cut $4 million in both salary and bonuses over the next year.

Here’s a brief breakdown of the individual pay cuts the university is implementing:

“These actions will help us address the $5M shortfall that we face with the cancellation of the NCAA and Big 12 Men’s Basketball Tournaments. We can now turn our attention to solving many other issues in the coming months.  It was also important to us to provide our loyal ticket holders and donors some relief in regards to ticket prices and donations,” the letter stated.

While Iowa State may be the first school to publicly announce these types of pay reductions, as the unknowns continue to outnumber the knowns in the sports world, it won’t be the only school to do so.