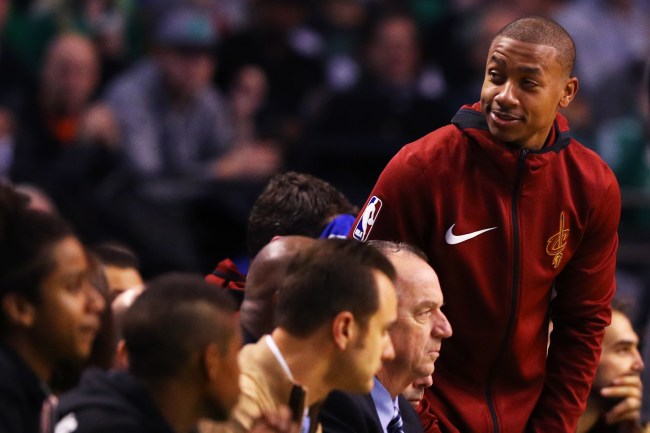 In August 2017, Isaiah Thomas was blindsided by his trade to his former Eastern Conference rival. The 5’9” point guard had become a fan favorite in Boston, a city that saw much of itself in Isaiah: diminutive, but overachieving. The unlikely hero. IT helped pump life back into a fanbase still recovering from a post-Big 3 hangover and under a finely-tuned Brad Stevens regime, he garnered his first two All-Star nods of his career in the each of the two full seasons he played with the C’s.

Last season, Thomas helped the Celtics advance to the Eastern Conference Finals for the first time since 2012 in a playoffs marred by the loss of his younger sister, Chyna, in a one-car accident. Days later, on what would have been Chyna’s 23rd birthday, Isaiah Thomas scored 53 points, a night that will stand hairs on the necks of Bostonians for years to come.

And the love was mutual. Isaiah Thomas loved the city of Boston and how it embraced him as its leader. Thomas recalled his first game in a Celtics uniform, when he was ejected in a road loss to the Lakers. When he returned to the locker room, a Celtics strength coach said to him: “Man,” Thomas recalled, “Celtics fans are gonna love you.”

That they did. As a Celtics fan myself, I can’t say I was doing backflips when the team traded IT for Kyrie. I was not in the minority. Which tells you everything you need to know about Thomas’ impact on the city: Which fanbase wouldn’t be ecstatic to acquire one of the best young players in the league?

That love endured last night, as IT was inactive during his reunion at the Boston’s TD Garden. Thomas requested that the C’s refrain from a tribute video for him until he’s able to play in a game against them. The Celtics followed IT’s orders (at least until they meet again on February 11), but during a television timeout, they showed Thomas on the big screen. What followed was a two-minute long standing ovation.

The Celtics showed IT on the jumbotron between quarters, and the Boston crowd gave him a standing O. 👏 pic.twitter.com/ZaNrRvD4Af

Earlier this week, Thomas told reporters what he projected Wednesday night to be like in his old stomping grounds.

“I know it will be all love,’’ Thomas told reporters. “I keep saying that I gave that city everything I had, and they showed me genuine love back, and I think that love is going to last forever.’’

Two years in the green and white and IT has cemented his legacy in Boston’s storied folklore. Not too shabby.