The Ivy League Cancels Fall Sports, And That’s A Very Bad Sign For All College Sports 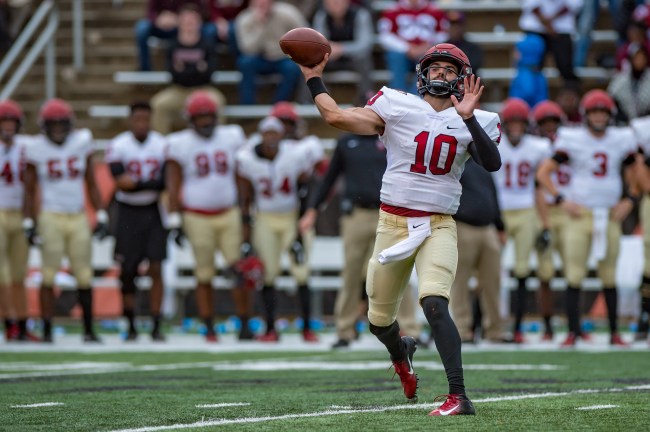 The Ivy League has officially cancelled all fall sports. They also cancelled the conference tournaments for basketball, which happen in mid-March, and winter sports will be evaluated at a later date.

The Ivy League makes it official: No competitions this fall.

Teams can practice and condition.

A decision on the remaining winter and spring sports competition calendar, and on whether fall sport competition would be feasible in the spring, will be determined at a later date.

Other notes from #IvyLeague release:

Players will not lose year of eligibility

No guarantee Fall sports will be played in Spring

The reason people should care about this is that the Ivy League was the first sports conference to cancel spring sports this year, and all the other conferences soon followed suit. They tend to be ahead of the curve, to set the precedent. Whether that’s because they’re overly cautious or because they know something that these other schools don’t, we can’t know. If I had to guess, I’d say that the Ivy League athletic directors are getting tips from the science labs where PhD researchers are putting tiny football helmets on mice, injecting them with coronavirus, and charting the results. If those mice are dropping time on their 40s or mixing up their routes, it’s time to pull the plug on Ivy League sports.

This is brutal though. You may think that Ivy League football isn’t that serious, but I remember that most of these guys would spend the entire summer on campus so they could work out and eat and start the season as massive as possible. I’m sure things were slightly different this summer, and maybe they weren’t allowed on campus at all, but my heart goes out to them. Same goes for soccer and field hockey and all that too, blah blah blah.