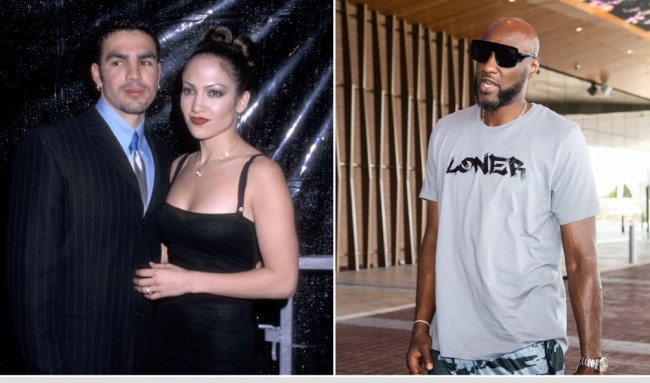 Earlier this week, the 54-year-old Bowe was pulled from his scheduled fight against the former NBA star following outcry from the Internet after disturbing training footage showed the boxing champ moving gingerly while shadowboxing.

Here’s Riddick Bowe, in preparation for his upcoming fight, and he’s being told “good job” This makes me feel sick, another man should be no where near a boxing ring @loudibella pic.twitter.com/spPFBF85Uv

All the Best to former Heavyweight champ @riddickbowe due to the backlash and being mislead from Bowes Management team,about Bowes Health, Celebrity Boxing is moving forward and having Bowe part of the event but not as a Celebrity Boxer,Lamar Odom will take on another Celeb Oct 2 pic.twitter.com/Fwolff2WN7

According to TMZ Sports, J-Lo’s ex-husband Ojani Noa will be fighting Odom on October 2nd in Miami.

TMZ Sports has learned 47-year-old Ojani Noa has agreed to fight the 41-year-old ex-hooper on October 2 at the James L. Knight Center in Miami, FL … all part of a Celebrity Boxing card.

Riddick Bowe will still make an appearance in Miami and will actually serve as the referee for the Odom-Noa fight.