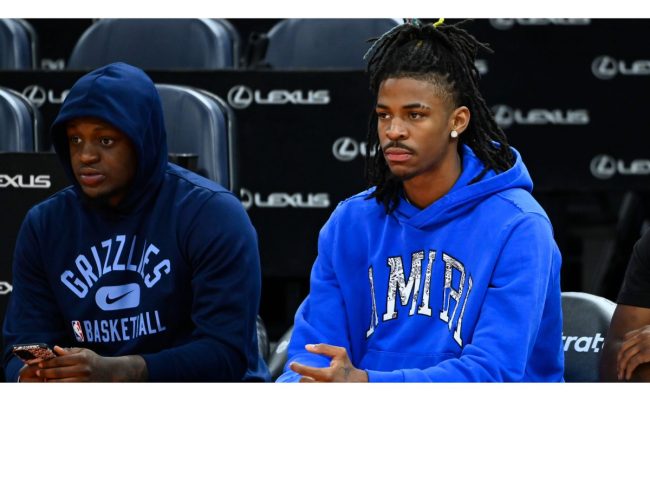 Ja Morant has never been one to lack confidence. The youngster is developing into one of basketball’s great stars, and he’s done it with swagger.

In last year’s run to the Western Conference playoffs, Morant consistently took shots at his opponents. Typically, he’s been able to back it up, too.

On Sunday, the former first-round pick took his talk to the next level. In an interview with Bleacher Report’s Taylor Rooks, the guard displayed just how high that confidence level is as he prepares for his third year in the league.

Rooks brought up Michael Jordan, one of Morant’s basketball idols growing up. He then made a wild claim that he would’ve beaten the GOAT if they played in the same NBA era.

"I would've cooked him too" 😂@JaMorant is confident he would've beat Michael Jordan in his era pic.twitter.com/TEKJtcgqJC

Ja says he “would’ve cooked” MJ if the two had played on the court together.

“He’s the reason a lot people want to play the game of basketball… I wish I played in his generation. Just how he goes about the game, that mindset he had, I would like to play against him. I would’ve cooked him, too. Nobody got more confidence than 12.”

Big words from a budding star. Morant is one of the most athletic players in the NBA, and he helped get his Grizzlies team land the No. 2 seed in the playoffs.

Memphis wasn’t able to get by eventual champion Golden State, but they’ll figure to be in the title mix come next season.

We’ll never be able to settle the Ja, MJ debate on the court, though many would side with the GOAT. Still, it’s the attitude you love to see from your star player.