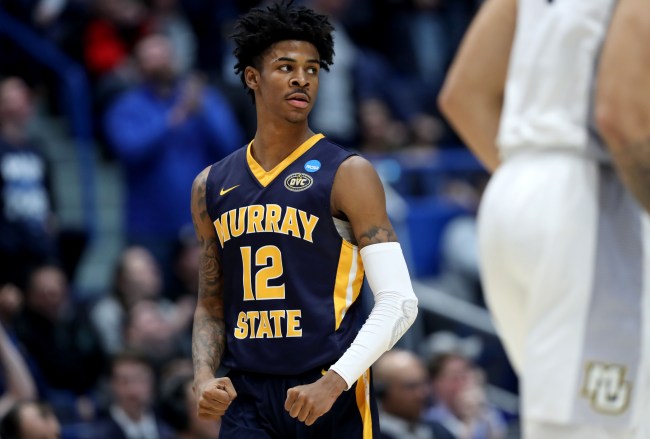 Today is the first official day of the NCAA tournament and we already have a breakout star.

Murray State’s Ja Morant became an Internet darling in the team’s first round game against Marquette by putting on a show.

Not only did Morant cross people up.

Ja Morant is a baller
(via @BleacherReport
pic.twitter.com/L5H8Aa0SdC

He was also out there dunking on dudes on his way to completing a triple double.

Morant just recorded the first triple-double in the tournament since Draymond Green in 2011.

Morant has only the 8th triple-double all-time in the NCAA Tournament.

The Internet was fascinated with Morant’s performance.

Ja Morant. We Are All Witnesses.

If the Suns’ years-long quest to find a point guard finishes with drafting Ja Morant then it was all worth it.