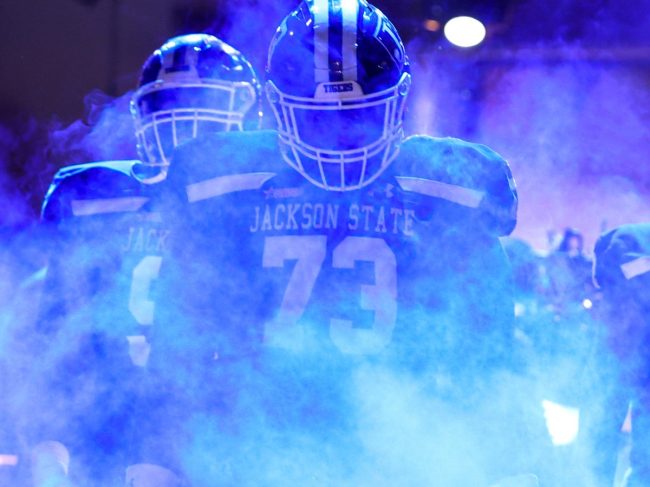 Jackson State picked up a huge win in their season opener, taking down Florida A&M in the Orange Blossom Classic, 59-3. This win was dominant from start to finish, with the Tigers jumping out to a 24-0 lead over the first two quarters.

Quarterback Shedeur Sanders was a big reason for that, throwing for 323 yards and five scores. He gave quite the interview as the team put a final bow on the victory.

But it wasn’t the best celebration speech we saw from the win. That would come in a tag-team effort by Shedeur’s dad, head coach Deion Sanders, and kicker Alejandro Mata.

Mata is a freshman from Buford, Georgia who’s playing his first season with the Tigers. In Sunday’s win, he went 1-for-1 on field goal attempts while connecting on all eight of his extra points.

He was happy to help deliver a fiery postgame speech to teammates in the locker room. But there was a twist. Mata translated the words of his coach into Spanish, and the Tigers’ reaction was priceless.

Sanders’ speech was as follows.

“We kicked their butts. It wasn’t even close. We did that. Now give me my theme music.”

The reaction of teammates is hilarious, and it’s good to see Coach Prime showing love to the freshman special teamer. Jackson State will look to keep the good vibes going in Week 2.