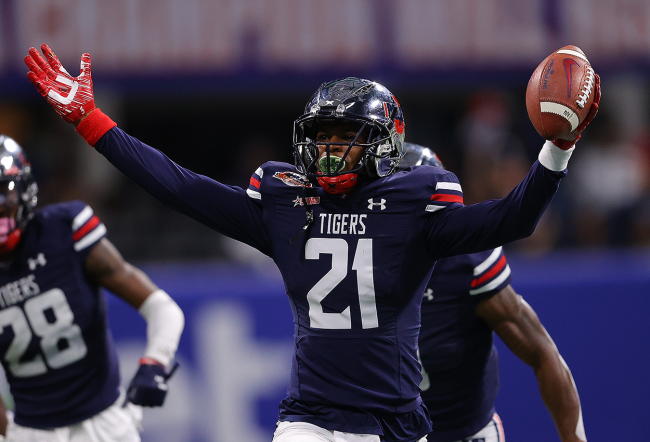 Jackson State football is coming off of the best year in program history during Deion Sanders’ first fall season with the Tigers. As Coach Prime gets his team ready for his second full season at the helm, he is making sure that they have plenty of fun.

If there is one thing to know about Sanders, it is that he loves to get down. His ‘Primetime Shuffle’ is amongst the most famous dances in professional sports and his recruits are hitting his signature celebration right alongside him.

Although Coach Prime didn’t get in on the action on Tuesday, he had his team break it down after spring practice. The Tigers separated by position group and proceeded to compete against one another in an incredibly lit dance battle.

They were absolutely getting after it with some fancy feet and groovy beats. Of the standouts, watch for the following performances:

From the quarterbacks to the defensive backs to the Big Uglies upfront, everybody took their turn in the circle and went crazy. Take a look:

Jackson State is having the time of their lives 😂🤩

Clearly, the Tigers are loving life right now. After getting to a brand-new, state-of-the-art team facility on the heels of an 11-win season, how could you not?!

So long as Coach Prime is in charge, Jackson State is going to keep on dancing.