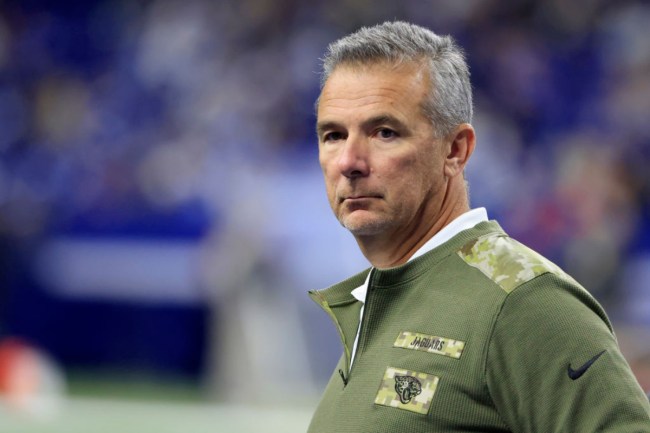 Jacksonville Jaguars Shad Khan is rightfully upset about how things transpired between his team and former head coach Urban Meyer. The Meyer experience in Jacksonville was a failure of epic proportions, and with a new era beginning yet again in Jacksonville, Khan isn’t holding back while reflecting on Meyer’s time in charge of his football team.

Not only were the Jaguars a bad football team, but you also had all of the off-the-field issues with Meyer. There was of course the infamous video of Meyer getting danced on by a woman not his wife at a bar. Add that to the countless stories about him not exactly fitting in with his players in the locker room and things began to spiral rather quickly.

Jacksonville went out and hired Doug Pederson as its next head coach in February, and with the Meyer debacle in the past, Khan has shared his very honest thoughts about the whole situation.

Khan has made it clear that he has no respect for Meyer whatsoever.

“When you lose the respect, the trust and an issue of truthfulness, how can you work with someone like that?” Khan told Jarrett Bell of USA Today. “It’s not possible.”

“I think when you know someone is not truthful, how can you be around someone, OK? We had Doug Marrone here four years. We had Gus Bradley here four years. I have nothing but the utmost respect and friendship with them. That’s why they got the time, because it wasn’t a matter about respect or truth. It was a matter of wins and losses over four years. This is much bigger than that.”