Padres Pitcher Jacob Nix Kicked In The Face,Tased, And Arrested After Trying To Crawl Through A Doggy Door 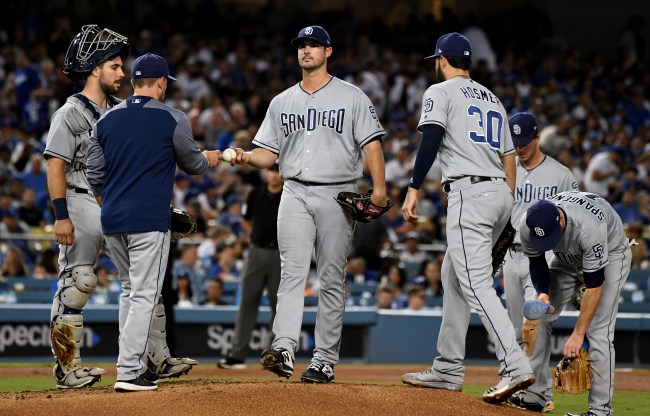 San Diego Padres pitcher Jacob Nix has a formidable frame and sits at 6’4″ and weighs 220-pounds. He was selected by the Padres in the 5th round of the 2014 MLB Draft and given a $1.5 million signing bonus which is waaaaayyyyyyy above the typical $370K bonus that’s recommended for the 136th overall selection but the Padres must’ve seen something in him they really liked.

The right-handed pitcher has been bouncing around the Minor Leagues since being drafted. He did make his MLB debut in 2018 before heading back to the minor leagues to rehab a torn ligament in his elbow.

He’s currently in the Arizona Fall League pitching for the Peoria Javelinas but last night he was arrested and charged with Criminal Trespassing after attempting to enter someone’s home by crawling through the doggy door.

As you might’ve gleaned from the headline, his attempt to squeeze his 220-pound body through a doggy door of some stranger’s house didn’t work out well for him at all.

Marilyn Payne at For The Win breaks it down:

A homeowner in Peoria, Az. caught the 6-foot-4, 220-pound RHP entering his house through the dog door around 3:30 a.m. on Oct. 6. The homeowner kicked Nix in the face and then tased the pitcher in the back when another man began to pull him backward out of the doggy door, according to USA Today.

Police caught Nix and the other man, fellow Padres organization pitcher Thomas Cosgrove, a few block away. Nix was arrested and is being charged with criminal trespassing.

Nix has only appeared in one Arizona Fall League game so far for Peoria, pitching 2.2 innings, giving up 5 hits, 3 K’s, 2 runs, and 1 ER.

After fleeing the house and attempting to book it on foot with his teammate, the two were caught by police and the excuse they gave the cops is thin at best:

Nix reportedly told police he believed he was entering his own home — even though his home doesn’t have a doggy door. He couldn’t explain why he chose to enter through the canine entrance, officials said.

Nix was released by authorities and has a preliminary hearing scheduled for Oct. 16.
It doesn’t appear Cosgrove was disciplined in the matter.

“We are aware of the alleged incident involving Jacob Nix last Sunday in Arizona,” the Padres said in a statement. “We take this matter seriously and have been in contact with the Commissioner’s Office and local authorities. Due to the ongoing legal proceedings, we will not have any further comment at this time.” (via) 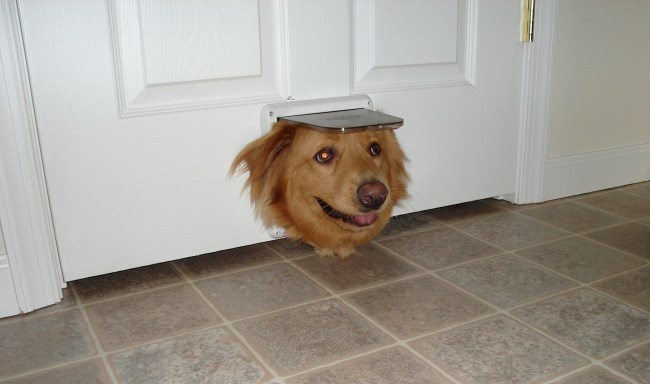 I have to say, in all of this, what I’m most surprised about is the fact that the homeowner had a taser on hand to shock the shit out of someone trying to enter their home. It seems rare these days to hear a story about a forced entry that doesn’t involve a gun at some point.

It’s unclear what sort of punishment he’ll face from the Padres or Major League Baseball if any at all.

For more on this story, you can click here to read the report on Fox News.