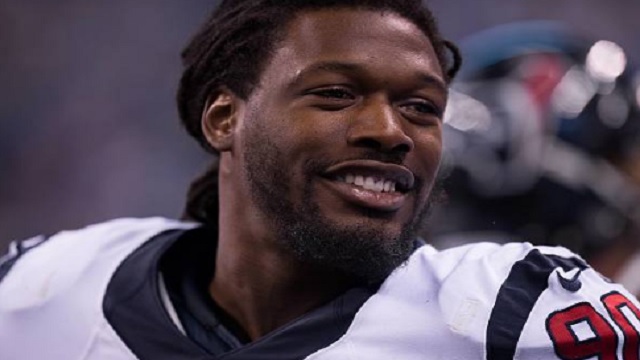 Last week, Houston Texans owner Bob McNair pissed off several of his players when he referred to NFL players as “inmates running the prison” at an owners meeting. While several players responded by sitting out during the national anthem before their game on Sunday, Jadeveon Clowney appears to be taking a much more humorous approach towards the situation.

Last night, Clowney filmed himself at the team’s Halloween party dressed up as an inmate which is definitely a shot at McNair.

Jadeveon Clowney dressed up as an inmate for Halloween, likely a shot at recent comments made by the Texans owner. pic.twitter.com/BkGrerWxTt