Jadeveon Clowney ‘Ain’t Looking To Get On No Sorry Team For No Money,’ Only Wants To Play For Super Bowl Contender As Pending UFA 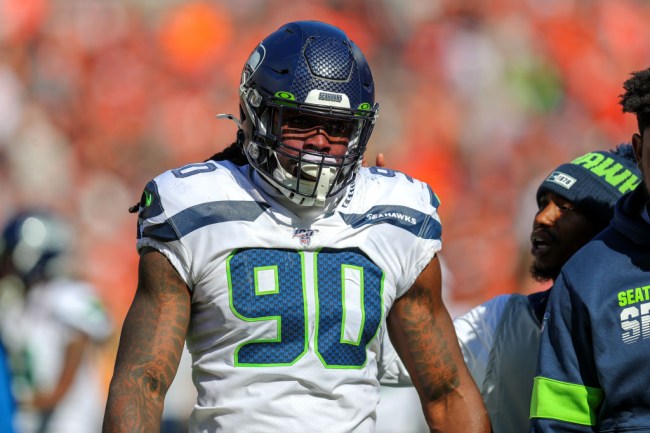 Following Seattle’s 28-23 loss to the Packers in the NFC Divisional round on Sunday night, Jadeveon Clowney was asked about his future. That’s the way these things work following a season-ending loss in regards to a pending unrestricted free agent, so the question about what his future holds is well warranted.

The soon to be 27-year-old’s $15 million contract is up and he’ll hit the market in March if Seattle doesn’t sign him to a new deal. As for what Clowney wants in a possible new team next season, it’s pretty simple, he wants to get to the Super Bowl, that’s it.

“I just want to win,” the defensive end told ESPN following the loss in Green Bay. “I’m trying to get to the Super Bowl by any means. That’s what I’m looking for: Who’s going to get me there? I ain’t looking to get on no sorry team for no money. That ain’t going to fly. I ain’t gonna put my body through all of that just to lose no 16 games, go home with my check. I’d hate that, so that ain’t what I’m doing. So if I can’t win no Super Bowl, I ain’t going to no team that can’t win.”

The former No. 1 overall pick will be one of the most sought after players on the market and will surely have multiple teams lined up to pay him pretty much anything in exchange for his signature.

Clowney was dealt from Houston to Seattle at the end of this past August after playing five seasons with the Texans. In his 75 games played, the former South Carolina Gamecock 172 total tackles, 32 sacks, nine forced fumbles and three touchdowns to his name.

Clowney suffered a core injury in Week 10 and has been playing through it ever since. So, the next step for him is getting healthy, which may require some type of surgery.