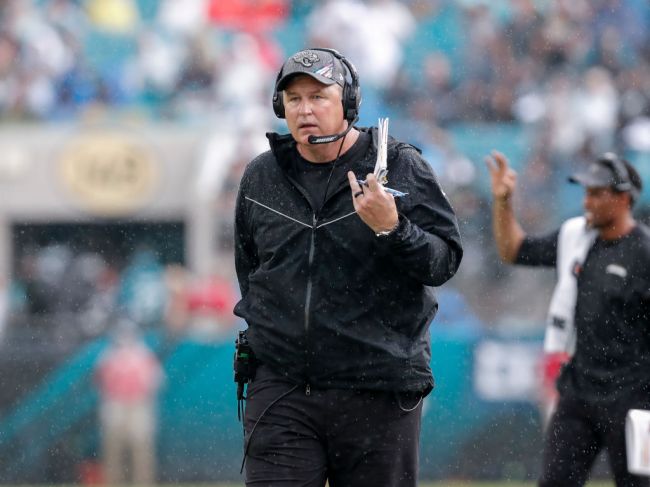 The Jacksonville Jaguars parted ways with head coach Doug Marrone after their worst season in franchise history. There had been speculation that Marrone’s tenure in Jacksonville would come to an end following the 2019 season. ESPN’s Dianna Russini reported prior to the regular-season finale against the Colts that Marrone had been informed he wouldn’t be retained.

Marrone addressed the media Sunday in regards to his firing and gave props to NFL insider Ian Rapoport for the way he covered the situation.

“I tell ya, I give a lot of credit and I want to make sure I say this to Ian Rapoport. He wound up texting me the other day before he broke the story with his sources,” Morrone explained. “And I will tell ya what, I have a great amount of respect for that, I really do. He was able to get that to me so I could prep my family and my children so that they don’t have to hear it from their friends or anything like that. That is something that I will always appreciate.”

Doug Marrone talks about having to prep his family on the rumors/reports about his job standing.

Man how we forget sometimes

How often we forget about the things these head coaches have to go through. The NFL is a cutthroat league like most, and all owners and fans want is to see their team win. When that is not the case, we want them fired and can easily forget about the troubles they go through in regards to telling their family it’s time to pack up and move.

Marrone has been widely respected throughout the NFL in his years coaching both the Bills and Jaguars and will most likely not be unemployed for long. You have to feel for the day to day grind these coaches go through both professionally and personally in this business.