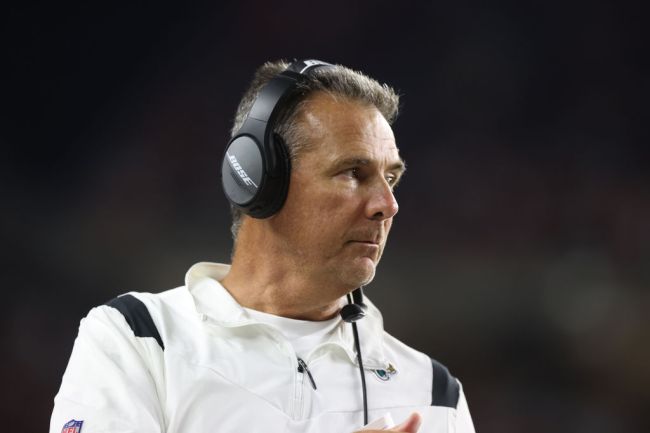 Urban Meyer is still dealing with the fallout of his lap dance scandal and it’s not good.

Reports are starting to hit the Internet about how the Jaguars players view Meyer following the scandal.

According to CBS Sports’ Jason La Canfora, several players and coaches on the team were “unhappy” with the way the head coach handled the scandal and are shocked he didn’t lose his job.

Many Jaguars coaches and players are shocked Urban Meyer is still in charge https://t.co/sFUntyg3j7

Both players and coaches have been unhappy with Meyer’s handling of the fallout. One Jaguars staffer told La Canfora it was “gutless” of Meyer to not speak with the entire team until Wednesday. An agent for a Jaguars starter said he is shocked Meyer kept his job.

“You can’t make morality a central theme of your leadership message, and then do this,” the agent told La Canfora. “It undermines everything. You can’t be holier than thou and do as I say and then do this. You don’t get up from something like this. These players see right through him. I can’t believe they didn’t fire him.”

An agent for a Jags player reportedly told La Canfora that other players in the locker room view Meyer as a “con man” and a “fraud.”

An agent for another player said his client views Meyer as a “fraud.”

“He is a laughingstock in that locker room right now,” the agent said. “(My client) said he’s a con man. They think he’s a fraud. How do you not fly home with your team?”

As of now it appears Urban Meyer is going to stay on as coach this season but who knows what happens after that.