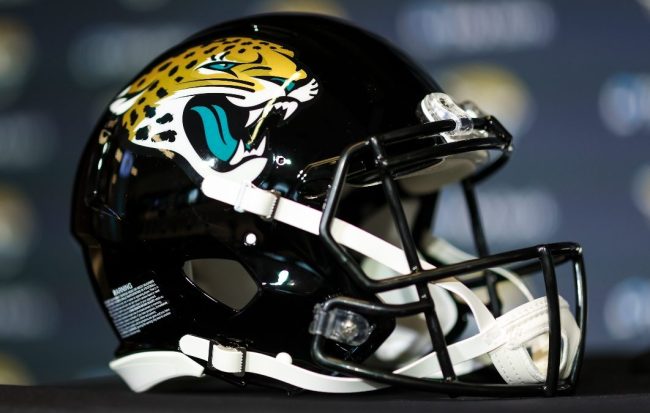 Football season is finally upon us as the Hall of Fame Game officially kicked off the NFL preseason on Thursday night. It was a tough game for the Jacksonville Jaguars throughout, as the Las Vegas Raiders ran away with it. However, there was one good takeaway for Jacksonville that fans can be happy with.

Long story short, Travon Walker went bonkers in his debut with the Jaguars. So much so, that his performance reminded many of Micah Parson’s outstanding performance in the Hall of Fame Game last year. He didn’t play long, but while Walker was on the field the Raiders had no answers for him.

Hey, I’m not saying that bc Micah Parsons impressed in the Hall of Fame game last year and then went on to win DROY that Travon Walker will do the same. But I’m NOT NOT saying that either 👀. #Jaguars #DUUUVAL

He finished the evening with one tackle and one sack. Not the most impressive numbers. However, he was a bully to the Raiders offensive line in this preseason matchup, per Nick Shook. “He thrived in one-on-one situations off the edge — so much that Las Vegas started sending pass-blocking help on its second possession. He even recorded a sack by winning the edge rush, then cutting off an interior escape lane before his night was finished.” The early takeaway is that the Jaguars nailed it by drafting Travon Walker.

Of course, it is a preseason game but it was fun seeing the 2022 number one pick perform well. The Jaguars need Walker to be a superstar so they can build around him on the defensive side of the ball. As long as Jacksonville can develop their prospects and keep them rostered, this franchise has a real chance to bounce back to playoff contention in the future.