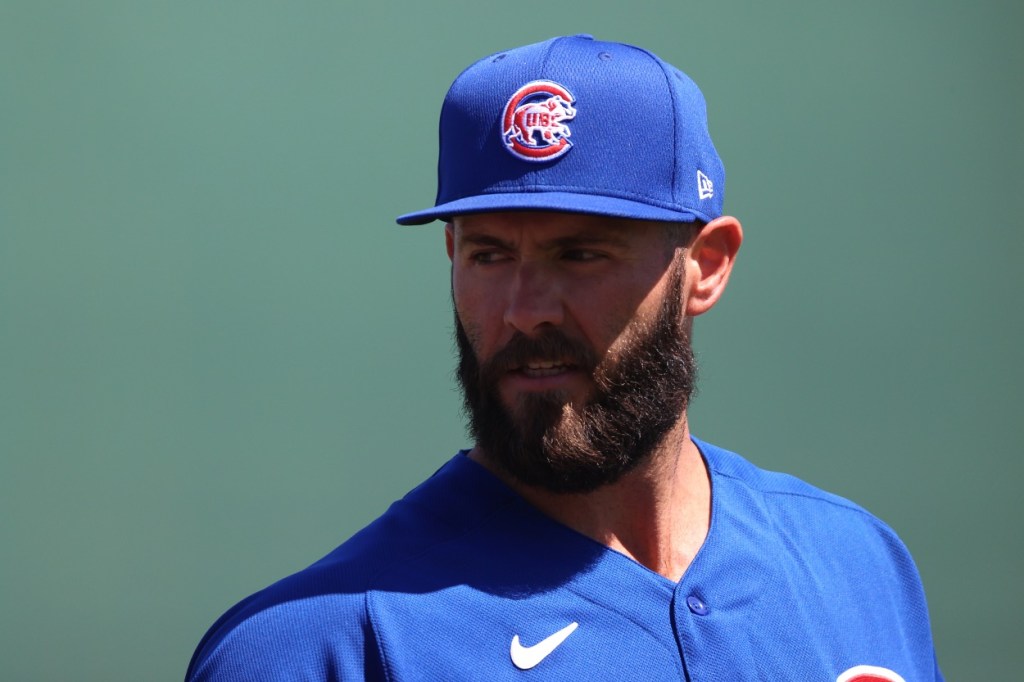 Former MLB pitcher Jake Arrieta announced his retirement at the end of last season after moving from the Cubs to the Padres. Jake had a truly phenomenal career. He was the 2015 NL Cy Young Award winner, 2015 MLB Wins leader, 2016 World Series champion with the Cubs and he pitched two no-hitters (2015, 2016).

Jake Arrieta was recently a guest on Pardon My Take where Big Cat asked him who his ‘favorite pitcher to watch and why’ is right now. Arrieta didn’t even have to think about it. His response starts with ‘it’s such an easy question’ and that’s when I was pretty confident he was about to say Max Scherzer, my favorite pitcher, but I was wrong.

Mets ace Jacob DeGrom aka ‘The deGrominator’ has been an absolute freak since he stepped onto the mound in the majors. DeGrom has already won the NL Cy Young Award twice (2018, 2019), he’s led the NL in strikeouts twice, is a 4-time All-Star, and has a career ERA of just 2.50 since he was first promoted to the bigs back in 2014. Here’s Jake Arrieta talking about how DeGrom is in a league of his own.

Jake Arrieta didn’t even hesitate when we asked him about the best pitcher in the game. pic.twitter.com/rRthCMFzJF

Jake Arrieta: “Oh, I mean, it’s such an easy question. If everybody on the planet doesn’t say Jacob DeGrom they’re not… know what I’m saying? I’ve told people this for a couple of years, I think he’s the best starting pitcher to ever put on the uniform.”

“If he can stay healthy. Right? And him and Scherzer are on the IL currently which is such a shame. (Scherzer is back). So our game needs both of those guys, but most importantly, DeGrom. If you get to watch him in person and (see) what he’s able to do with the baseball.”

“And when he came into the big leagues in 2013, something like that (2014). His average fastball velocity was around 93 or maybe a tick over. It’s gone steadily up since then and now he’s sitting at 99 MPH, averaging, it blows you away to see what he can do as a starting pitcher.”

“I think he’s in his own league. And I hope he stays healthy for another 15 years because if he can do that I think he’ll be the best ever.”

I’m not really old enough to remember watching Nolan Ryan pitch but I grew up playing tee-ball at a time when every coach and baseball fan revered him as the greatest pitcher in history. But I did get to live through the Pedro Martinez, Roger Clemens, and even some Greg Maddux eras.

Toss in Clayton Kershaw and Max Scherzer to the discussion and I’m not sure how you could ever claim that DeGrom could be the greatest ever with such confidence. But Jake Arrieta is a former NL Cy Young Award winner and sees the game a LOT better than I’d ever be able to. If he’s confident that Jacob DeGrom could be the GOAT then I’ll just choose to believe him.